Before Pushpa, check out Robot, Baahubali and other South movies that beat Bollywood in the highest grossers of the year race

Pushpa has gone past Master and Sooryavanshi as the highest grossing Indian movie of 2021 worldwide. On that note, let's check out which South movies in the past have beaten Bollywood to register this rare feat... 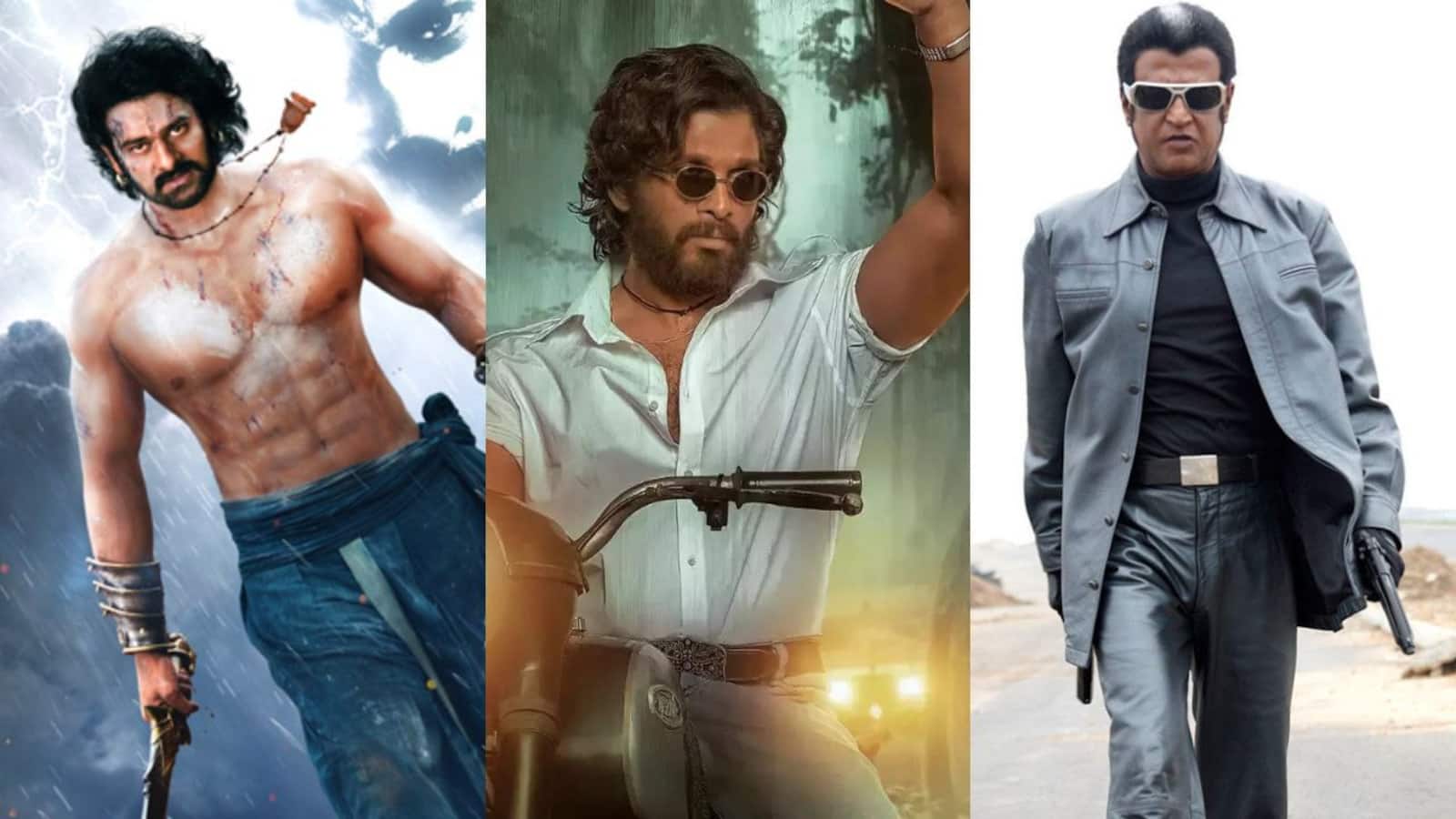 Pushpa: The Rise has finally breached the 300-crore sustained gross threshold, thanks largely to the sustained business it continues in the Hindi belt even after its collections, as fantastic as they've been, have run their course in other versions and markets. Allu Arjun's Pushpa was easily one of the most anticipated movies of 2021, and boy has it lived up to expectations and then some. The film, costarring Rashmika Mandanna and Fahadh Faasil, and directed by Sukumar, with music by Devi Sri Prasad, hit the big screen on the big screen on 17th December 2021, and Pushpa has since stormed the box office worldwide to end up as a bonafide superhit in all territories both domestic and overseas. Also Read - Rajinikanth follows Amitabh Bachchan; issues public notice of copyright infringement over use of his voice and name

Pushpa now sits pretty with a worldwide gross of Rs. 300.14 crore, which has perched atop the list of the worldwide highest grossers of 2021, going past Thalapathy Vijay's Master and Akshay Kumar's Sooryavanshi in that order. On that note, let's check out which South movies in the past have beaten Bollywood to register the highest grosser of the years, as it has not happened on more than a handful of occasions... Also Read - Chandramukhi 2: No break for Kangana Ranaut; starts prepping for crucial climax right after wrapping Emergency

When the Allu Arjun starrer had overtaken Rajinikanth's Annaatthe about a week ago to become 2021's third highest grossing Indian movie worldwide, it seemed unimaginable that it would surpass Master and Sooryavanshi to grab the top spot and that, too, in such a short span, but such has been the sheer impact of its performance in the Hindi belt that all permutations and combinations have gone for a toss.

Check out the top five highest grossing Indian movies of 2021 below:

Let's wait and watch which will be the next South movie to achieve this rare feat.