Bhool Hulaiyaa 2 has an outside chance of reaching Rs 200 crore nett, however, the writing is on the wall now for Anek. Top Gun Maverick is Tom Cruise's biggest weekend in the US, but hasn't fared well in India, though it has still outperformed Anek. 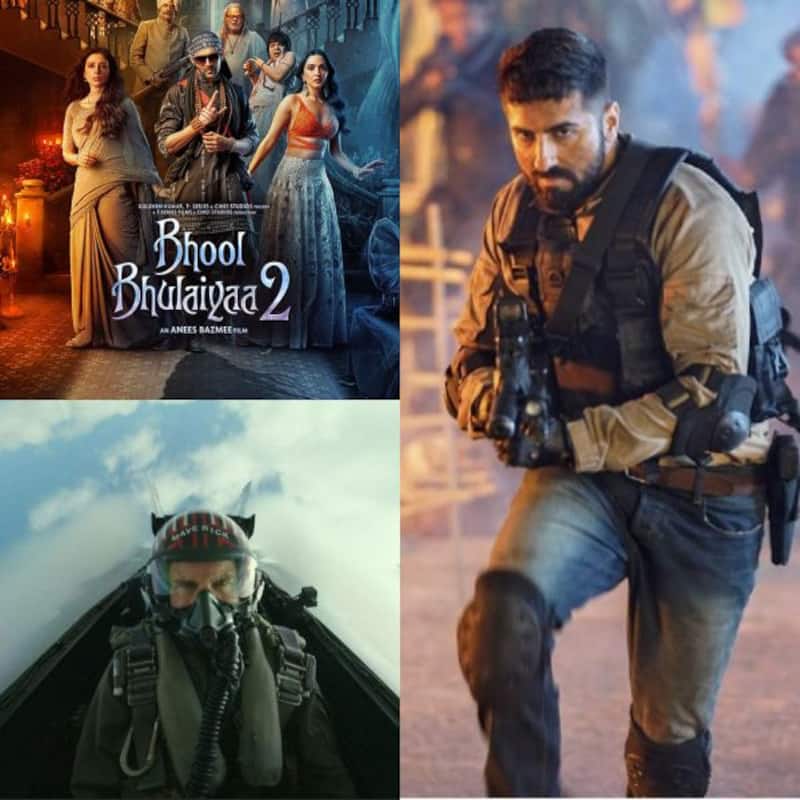 Bhool Bhulaiyaa 2 is a bumper hit. The Kartik Aaryan, Kiara Advani and Tabu starrer ransacked ₹92.10 crore nett in its first week at the box office, finally brining an ailing Bollywood back on track and giving the entire industry plenty of reason to smile. Reaching a ₹90 crore+ weekend at a time when most most Bollywood movies are folding under ₹30 crore in their lifetime run is nothing short of remarkable. It also catapulted Director Anees Bazmee into an exclusive club of Bollywood Directors who’ve delivered clean hits across more than 2 decades. However, the crucial second week test was still awaited to see how big a hit Bhool Bhulaiyaa 2 could end up being. Also Read - Imlie: Fahmaan Khan fans unhappy with unveiling of 'shoddy' montage; slam channel saying, '2 Rs editing' [Read Tweets]

Bhool Bhulaiyaa 2 could end up being a blockbuster

Bhool Bhulaiyaa 2 held exceedingly well on its second Friday, 28th May, to begin week 2 on an extremely strong note, and has now taken another big jump on its second Saturday, 29th May, to continue its dream run at the box office, flying past ₹100 crore nett. The Kartik Aaryan and Kiara Advani starrer, directed by Anees Bazmee, which also sees Tabu, Rajpal Yadav, Sanjay Mishra and Ashwini Kalsekar in key supporting roles, again hit double digits on day 9, its second Saturday, and will most certainly repeat the feat on day 10, its second Sunday. The sequel to 2007's hit Bhool Bhulaiyaa has raked up ₹11.35 crore nett and ₹12.77 crore nett on its second Saturday and Sunday to take its 10-day box office collection to a whopping ₹122.77 crore nett. Also Read - Anupamaa SHOCKING upcoming twist: Not just Anuj, even Vanraj to meet with an accident [Read Deets]

Bhool Bhulaiyaa 2 has finally set Bollywood back on track and bring back some much-needed cheer to Hindi cinema after ages. At the rate at which it is going, it has all the makings to end up being a huge blockbuster at the box office. As per our tracking of the trade, it wouldn't be a stretch to now assume that the movie has an outside chance of even touching the ₹200 crore nett mark.

Anek headed to be another washout for Bollywood

On the other hand, Anek took a shockingly poor start at the box office, brining in merely ₹2.11 crore nett on day 1. Nine Ayushmann Khurrana movies that released between 2017 and 2021 took a better start, including Chandigarh Kare Aashiqui, which had opened in the middle of the COVID-19 pandemic. His last movie with Director Anubhav Sinha, Article 15, opened at ₹5.02 crore nett on its way to being a clean hit. Anek needed miraculous jumps to recover lost ground, but it fell flat on day 2, Saturday, 28th May, and day 3, Sunday, 29th May. With a haul of ₹2.51 and ₹2.26 crore nett on days 2 and 3, Anek stands at a paltry ₹6.88 crore nett at the box office and looks set to be another disaster for Bollywood.

Top Gun Maverick break records on opening day in the US

Top Gun: Maverick has already collected $51.80 million in the US alone, making it Tom Cruise's biggest opening ever, far surpassing the previous record of $22.80 million on its opening day. It has also become Paramount's highest opening of all time, just going past Iron Man 2's haul of $51.20 million. Of the $51.80 million, $19.30 million came for Thursday previews alone, with nostalgic Top Gun fans making up most of the Thursday crowds, while IMAX and PLF screens are contributing about 40% of the movie's total box office collection.

Top Gun: Maverick break records in opening weekend in the US

Top Gun Maverick has also collected $124 million for its 3-day weekend in the US, way more than Tom Cruise's erstwhile biggest opening weekend record – 2005's War of the Worlds, which had made $64.80 million in the same time frame – and that number will shoot up to $151 for the extended 4-day Memorial weekend, which would again be a new milestone, beating the current record holder, Pirates of the Caribbean: At World’s End. Back in India though, the highly anticipated sequel didn't fare that well though for a wide release, with just ₹14 crore nett for the first weekend, but it's still far better than Anek.