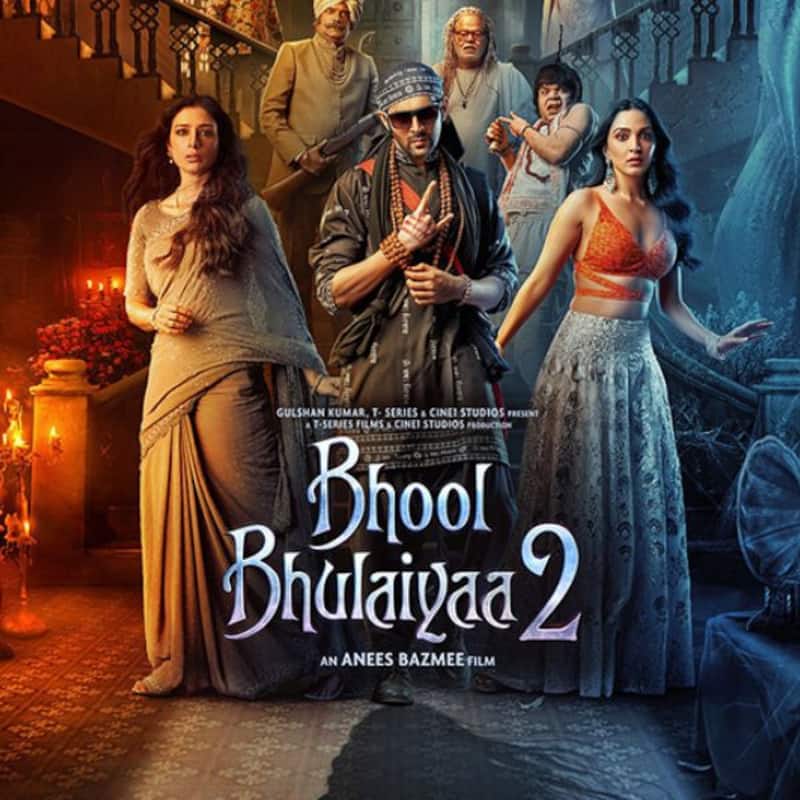 Bhool Bhulaiyaa 2 finally looks to set things in order for the Hindi film industry, which is going through its most horrific year of all, with Bollywood movies flopping left, right and center before the might of South film, so much so that even big-name ones are arriving and disappearing without much awareness. Well, finally the Kartik Aaryan, Kiara Advani, Tabu, Rajpal Yadav and Sanjay Mishra starrer, directed by Anees Bazmee is finally set to bring back some much-needed cheer to Hindi cinema after ages, with Bhool Bhulaiyaa 2 poised to take a very good opening all the Hindi belt. Also Read - Trending Hollywood News Today: Kylie Jenner preparing baby to be an athlete, Blackpink set to return, Viola Davis' The Woman King trailer and more

So, Bhool Bhulaiyaa 2 looks to finally set Bollywood back on track as the advance booking for the Kartik Aaryan and Kiara Advani starrer, which also sees Tabu, Rajpal Yadav and Sanjay Mishra in key supporting roles, is tracing to very good numbers. As per our trade sources, the sequel to 2007's hit Bhool Bhulaiyaa has already collected about ₹1 crore nett for day 1 and about a total of ₹4 crore nett for its first weekend. Apparently, about 30,000 tickets have been sold in the big multiplex chain in metros, and by the time the dust settles tomorrow, Thursday night, a day before the film's release, the film is expected to sell about 1 lakh ticket across the entire Hindi belt. Also Read - Sonakshi Sinha's blonde look gets mixed reactions; netizens call her 'jalpari', 'Game of Thrones in Lokhandwala' and more

Coming to the opening day collection, the Anees Bazmee directorial is well on track to bring in a double digit figure, only the second for Bollywood after Gangubai Kathiawadi post the first lockdown. At this stage, a ₹10 crore nett+ collection on day 1 looks like a bare minimum unless there's a drastic turn of events toward the evening and night shows, which nobody wants. Even in pre-pandemic times, this would have been regarded as a pretty good opening for a mid-sized film in the horror comedy genre. Also Read - Kylie Jenner and Travis Scott are already preparing their baby to be an athlete; we wonder what 3 Idiots' Rancho would say [Deets Inside]