Bhool Bhulaiyaa 2: Kartik Aaryan-Kiara Advani film is expected to make more than Rs 10 crores on the opening day; experts are predicting that Dhaakad and this movie might revive fortunes 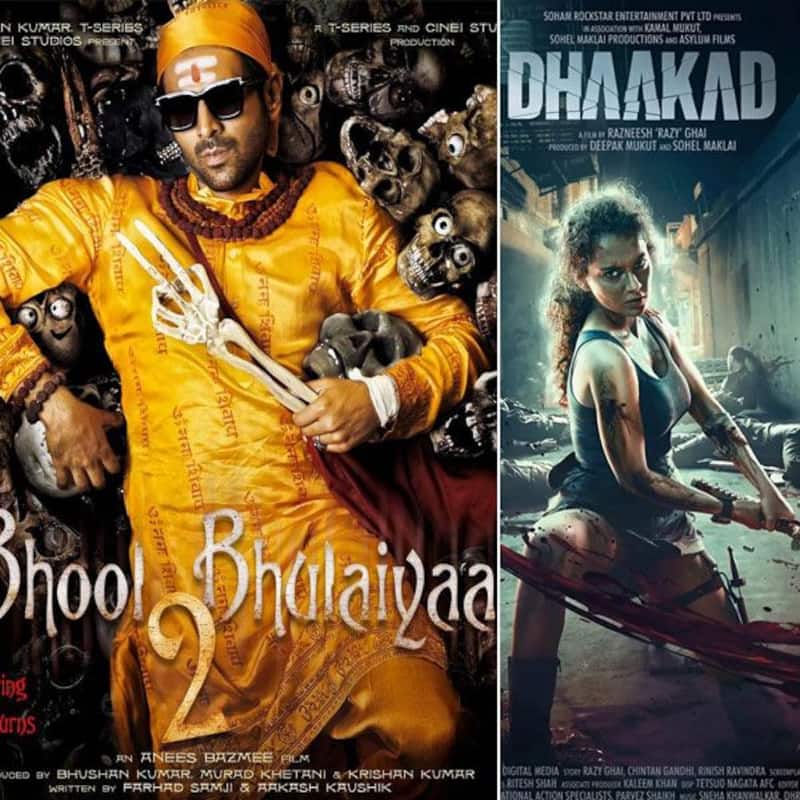 Bollywood's dry phase at the box office has been worrisome for stars and trade experts. In the past few weeks, good films like Runway 34 have failed to bring in the audiences in large numbers. Now, all eyes are on Bhool Bhulaiyaa 2 and Dhaakad. The good news is that the tracking for both these movies is quite good. They are showing good advance booking in cities, metros and tier one cities. As per Box Office India, Kangana Ranaut's Dhaakad and Kartik Aaryan's Bhool Bhulaiyaa should at least make a combined of Rs 15 crores by the end of the first weekend. Also Read - Adipurush: Prabhas and Kriti Sanon's chemistry to be the highlight of the film? [Deets Inside]

Trade expert Joginder Tuteja has commented on his Twitter that Bhool Bhulaiyaa 2 has some chances of surpassing Alia Bhatt's Gangubai Kathiawadi. The Sanjay Leela Bhansali film took an opening of Rs 10. 50 crores. After that and Bachchan Pandey, the box office has been dominated by pan-India films like RRR and KGF 2. Also Read - Yeh Rishta Kya Kehlata Hai's Harshad Chopda gets candid about marriage plans; says, 'If I marry the way I fall in love then...'

As per Box Office India, the sales are happening even outside high-end multiplexes. It is important that the movie does well in the mass markets. Kartik Aaryan's Bhool Bhulaiyaa 2 must do well in markets like Gujarat, Central India and the East. Of late, films like RRR and KGF 2 did rocking business there. Kartik Aaryan has an audience connect, which makes him loved by families all over. Also Read - BTS V aka Kim Taehyung proves he is a pop fashion icon in Paris - here is a look at his astro chart that hints at global superstardom

Bhool Bhulaiyaa 2 might get an opening of Rs 4-5 crores before the actual release on Thursday evening. It might not look great but is still heartening with over what is happening in the past few weeks. Ranveer Singh's Jayeshbhai Jordaar has tanked badly at the box office. The movie managed just Rs four crores. It seems the producers of Bhool Bhulaiyaa 2 have kept ticket prices minimum so that most people can come with families.