Bhool Bhulaiyaa 2 is reporting fantastic occupancy for its morning shows in the range of 35-40% all across India, especially in the core Hindi belt of the B and C centres, whereas hardly anybody has turned up for Dhaakad 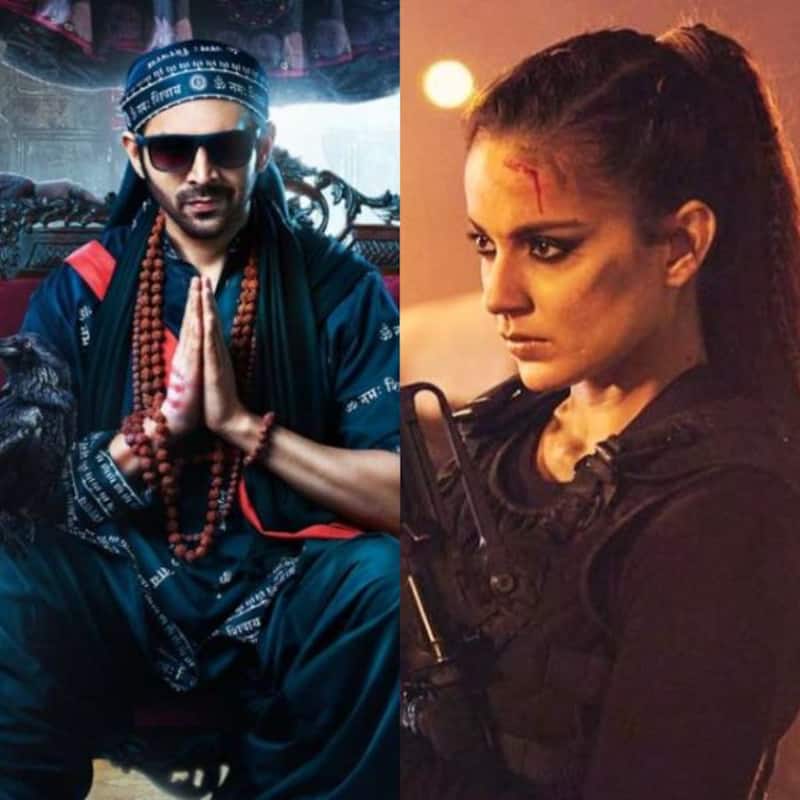 Bhool Bhulaiyaa 2 finally looks to set things in order for the Hindi film industry, which is going through its most horrific year of all, with Bollywood movies flopping left, right and center before the might of South film, so much so that even big-name ones are arriving and disappearing without much awareness. The advance booking of Bhool Bhulaiyaa 2 tracked so well that the Kartik Aaryan, Kiara Advani and Tabu starrer has probably brought in the best pre-release numbers ever since COVID-19 first shut theatres, going past the ₹8 crore advance ticket sales of Ranveer Singh's 83. Also Read - Bigg Boss 16: Salman Khan's reality show postponed? Here's what we know

That advance tracking has borne fruit and how, with Bhool Bhulaiyaa 2 reporting fantastic occupancy for its morning shows in the range of 35-40% all across India, especially in the core Hindi belt of the B and C centres, where Bollywood has taken a severe beating in recent times. With these territories performing well for the sequel to 2007's hit Bhool Bhulaiyaa, the film could be in for some brilliant numbers over the first weekend. On the other hand, Kangana Ranaut starrer Dhaakad is dull across the board, with hardly anybody turning up for the morning shows anywhere. Also Read - Shraddha Kapoor’s bikini picture gets LEAKED from sets of Luv Ranjan film with Ranbir Kapoor; here’s a look at more actresses who sizzled on the big screen in bikinis

So, Bhool Bhulaiyaa 2 looks to finally set Bollywood back on track and bring back some much-needed cheer to Hindi cinema after ages. As per our trade sources, the Kartik Aaryan and Kiara Advani starrer, which also sees Tabu, Rajpal Yadav and Sanjay Mishra in key supporting roles, already collected about ₹1 crore nett for day 1 and about a total of ₹4 crore nett for its first weekend. Apparently, about 1 lakh ticket were already sold across the entire Hindi belt before the first show hit the big screen. Also Read - Girl K-pop band BLACKPINK confirmed to return in August; excited BLINKS say, 'Queens are coming back' [VIEW TWEETS]

Coming to the opening day collection, the Anees Bazmee directorial is set to surpass all expectation and rake in about ₹15 crore nett on day 1, well ahead of Gangubai Kathiawadi's a ₹10.50 crore nett, which was the opening record for Bollywood post lockdown. Even in pre-pandemic times, this would have been regarded as a fantastic opening for a mid-sized film in the horror comedy genre. Whereas, Dhaakad, starring Kangana Ranaut, Divya Dutta, Arjun Rampal and Saswata Chatterjee, will be lucky to even go above a paltry collection of ₹1 crore nett on day 1.