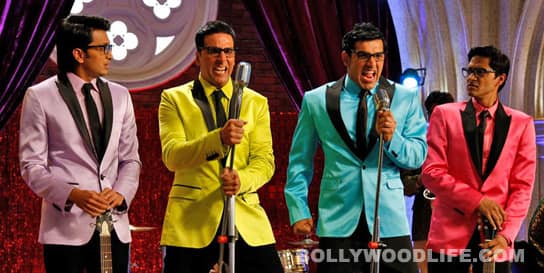 During the last four IPL seasons, Bollywood played it safe. Very few producers had the gumption to release their films during the frenzy that was the cricket season. This time around, things have changed; B-town seems to be all set to take on the sport...and win!

After India’s poor performance in the last few series and an extended cricket season, there are not too many expectations from this year’s scandal-tainted Indian Premier League. Taking advantage of cricket fatigue, the decision has been taken to release six big films during this year's IPL. Also Read - Bell Bottom, Bhuj: The Pride Of India, Navarasa and more: List of movies and series arriving on OTT platforms and cinema halls to make your August super-entertaining

Last year the only big-ticket films to release were Dum Maro Dum and Thank You (which failed at the box office), but a number of smaller productions (which are almost-guaranteed to benefit during this time of the year) like Shor In The City, Chalo Dilli, I Am, Love Ka The End, Ragini MMS, Stanley Ka Dabba and Pyar Ka Punchnama managed to cash in on the available screens during IPL time. Also Read - Trending Entertainment News Today: New release date of Akshay Kumar's Bell Bottom, Khushi Kapoor's bikini top goes viral, Bombay HC reacts to Shilpa Shetty's plea and more

This year the T-20 series kicks off on April 4 and goes on till May 27. B-town wasn’t prepared to lose two months of vacation time to the cricket series and the list of films that have decided to take the big risk includes Sajid Nadiadwala’s multi-starrer Housefull 2 (April 6), Priyadarshan’s Tezz (April 27), with Ajay Devgan and Anil Kapoor in the lead, Mukesh Bhatt’s Emraan Hashmi starrer Jannat 2 (May 4), Vikram Bhatt’s Dangerous Ishhq (May 11), a comeback vehicle for Karisma Kapoor, Yash Raj Films’s Ishaqzaade (May 18) with newbies Arjun Kapoor and Parineeti Chopra and Viacom 18 Motion Pictures' thriller Department (May 18) starring Amitabh Bachchan and Sanjay Dutt and directed by Ramgopal Varma. We will have to wait and see if the risk works in the favour of these big budget flicks or whether they will lose out to the cricket matches. Also Read - Trending South news today: Prabhas to lock horns with Mahesh Babu and Pawan Kalyan, Nithya Menen joins the cast of Ayyappanum Koshiyum remake and more

But Vidhu Vinod Chopra has decided to push forward the release of his Sharman Joshi comedy Ferrari Ki Sawaari. It will now release on May 27, the day of the IPL final. There are some small films like Bittoo Boss, Hate Story and Vicky Donor that will try to repeat last year’s success record. Will they do well, or will they be bowled out?

Agent Vinod gets an average opening at the box office