Kangana Ranaut and Farhan Akhtar battle it out at the box office! 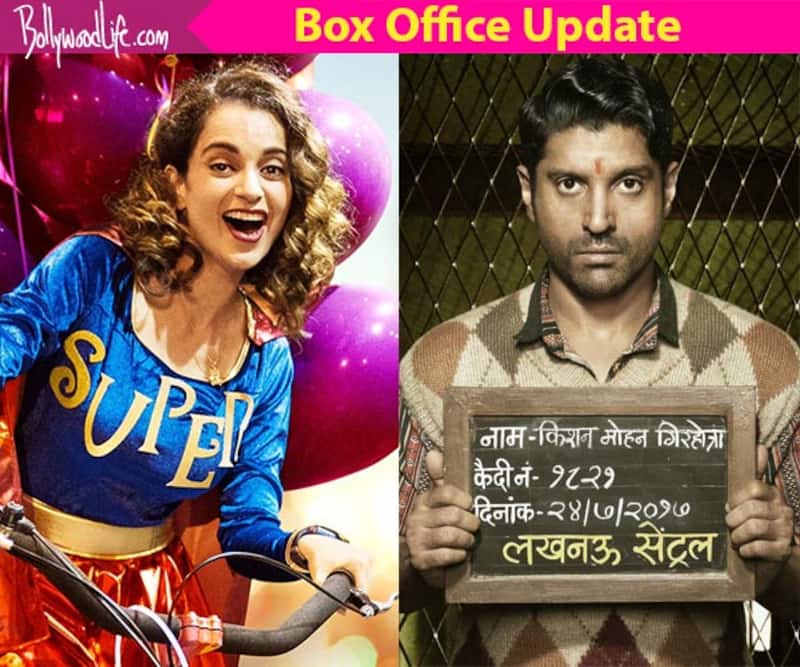 Well, now that's not very surprising! Kangana Ranaut's Simran collects a total of Rs 2.77 crores on the opening day beating Farhan Akhtar's Lucknow Central, which collected Rs 2.04 crores on its first day. We had already been looking forward to Simran a lot and not because of the controversies that followed the trailer and film promotions. The trailer itself had quite a lot of strong moments that made us quite curious and interested in the film. The film also got a thumbs up from most critics in the country. Lucknow Central's plot was similar to Aadar Jain and Anya Singh's Qaidi Band but had a more popular star cast. Also Read - From disrespecting Hina Khan, Helly Shah for their Cannes appearance to calling Nayanthara a lesser star; 5 times Karan Johar proved he needs to think before he speaks

The songs in Lucknow Central became quite popular as opposed to Simran. Though Lucknow Central had a certain spark missing Simran nailed it and is being appreciated a lot by the audience, too. But with Kangana hogging the limelight throughout the promotional tours and interviews, we kind of expected Simran to do well at the box office. We can't wait to see how both the films fare during this weekend. We are guessing that Simran will kill it at the box office over the weekend since the film has been getting such good reviews and people can't stop talking about Kangana's performance in the film. (ALSO READ: Simran movie review: Kangana Ranaut’s film is a one-woman show but we wish it was much more) Also Read - Katrina Kaif, Priyanka Chopra, Ranveer Singh and more Bollywood actors who got accused of throwing tantrums while on flight

Speaking about Kangana's performance, our in-house critic, Tushar P Joshi writes in his review, "Kangana’s character overshadows every other character in the film. Most of the supporting characters seem to be written to serve Kangana and further showcase her acting chops. It gets boring and becomes uni-dimensional early on. Also there is a bit of fatigue that sets in with Kangana’s performance. She needs to take a break from playing identical characters." Also Read - Before Anjali Arora's MMS leak, Kareena Kapoor Khan, Jacqueline Fernandez and more Bollywood celebs' private moments went viral online

What are your thoughts on this? Tell us in the comments below and stay tuned with us for more updates.