Since both, the films are heavily dependent on the power of content, a good opening was not expected from them. Though with the help of positive reviews, we hope Judgementall Hai Kya and Arjun Patiala will show growth in the evening and night shows 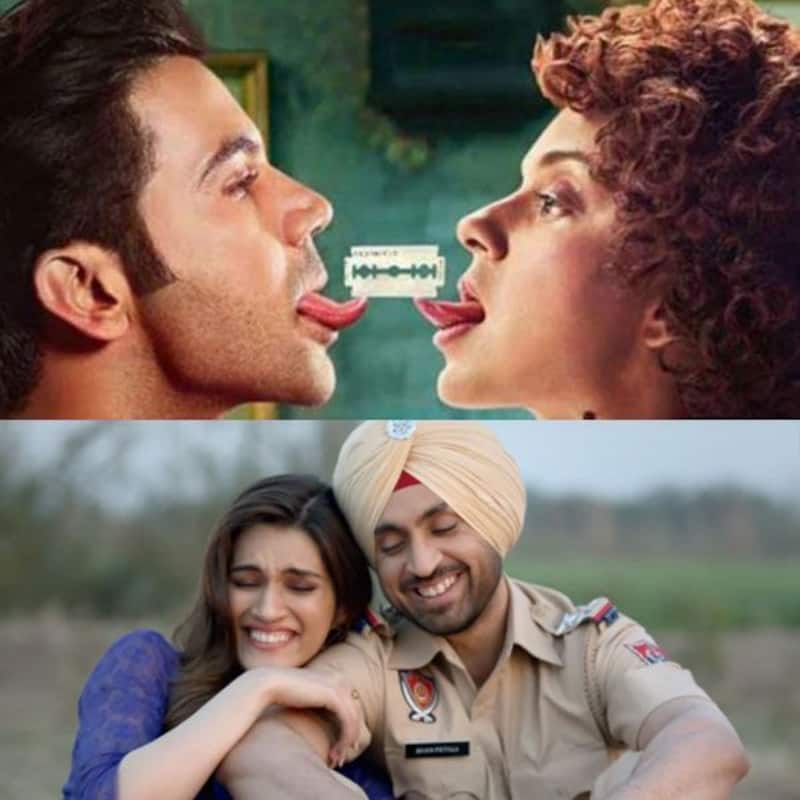 Today, two Bollywood movies - Judgementall Hai Kya and Arjun Patiala released at the box office. Since both, the films are heavily dependent on the power of content, a good opening was not expected from them and as a result, they opened to a low response at the ticket windows. Though we hope that with the help of positive word of mouth and reviews, both the films will gather momentum in the evening and night shows. Also Read - Urfi Javed flaunts matching lingerie set with athleisure as she attends Middle Class Love screening; netizens say 'Sasti Superman Ki Copy' [View Pics]

Starting with Diljit Dosanjh, Kriti Sanon and Varun Sharma starrer Arjun Patiala, the romantic comedy registered merely 9 to 10 per cent occupancy in the morning shows, which is extremely low but let's hope the film shows a major turnaround as the day progresses. It has opened best in the circuits on Punjab, where Diljit enjoys a humongous fanbase. Directed by Rohit Jugraj, the film also stars and Ronit Roy and Seema Pahwa in key roles. Also Read - What to watch this weekend: Diljit Dosanjh's Jogi to Tisca Chopra's Dahan; upcoming new movies and web series on OTT that you can binge on [Watch Video]

Coming to Judgementall Hai Kya, the black comedy has garnered around 15 per cent occupancy, which is better than Arjun Patiala but a very low for a film, which has a better star cast and production values. Since the film has received positive reviews, we hope that Judgementall Hai Kya will show substantial growth at the ticket windows. Our critic Susri Sahu has given the film 4 stars and wrote, "Kangana Ranaut and Rajkummar Rao already sit on a commendable body of work but JudgeMentall Hai Kya has and will reserve a special place in their filmography. Watch it for their explosive screen presence and counter performance." Also Read - RRR star Jr NTR trained intensely for 18 months, Alia Bhatt mastered new diction for Udta Punjab; actors who went all out for their roles

So, out of these two flicks, which one you are watching this week? Tweet to us @bollywood_life