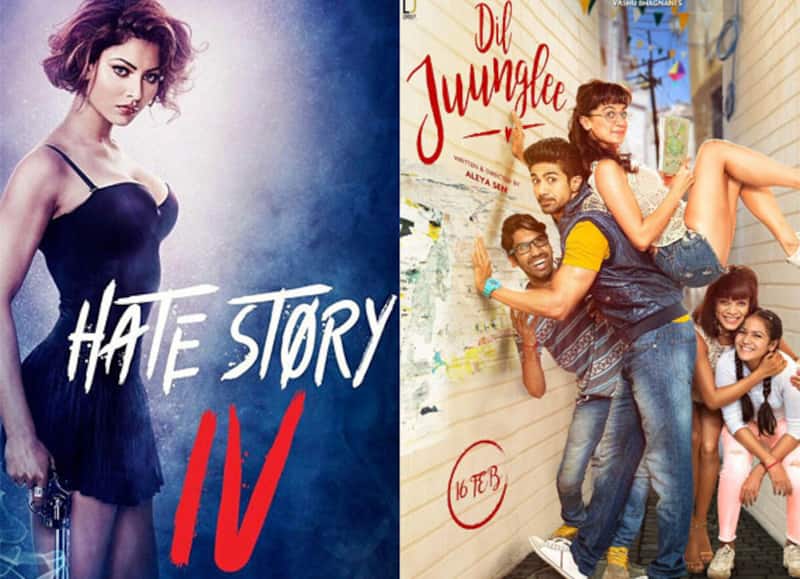 This Friday, three Bollywood films - Hate Story 4, Dil Juunglee and 3 Storeys released in theatres. Out of the three, Hate Story 4 and Dil Juunglee created a decent buzz, but unfortunately, it didn't help them at the box office. The fourth installment of the erotic thriller Hate Story received below average response from the audience in the morning shows. While the footfalls in tier 2 and tier 3 cities were decent, the Urvashi Rautela starrer didn't find any audience in the metros. In fact, the overall opening of Hate Story 4 is very low as compared to the third installment of the franchise. The film may have a decent first day collection, but will fail to beat the business of its previous part. Also Read - Urvashi Rautela adds glitter glam to her green bodycon gown but it’s her expressions that steal the show – view pics

Another release Dil Juunglee featuring Saqib Saleem and Taapsee Pannu failed to attract the audience to the cinema halls. The response was so dull for this film, that morning shows were cancelled as there was no audience to watch the film. The film is heavily dependent on word of mouth, if it wants to sustain with a considerable total on its opening day.

Hate Story 4 movie review: Neither a thriller, nor an erotica, there is a lot to hate in this chapter of the franchise

3 Storeys is hardly playing in any screens. In fact, it is expected to be a one-week affair at the box office. All the new films will face stiff competition from the holdover release Sonu Ke Titu Ki Sweety, which even dominated Anushka Sharma's Pari in its second week at the box office. Also Read - Urvashi Rautela is the HOTTEST Versace Baby, and here’s proof – view pics