The two movies clashed at the box office and this is what is the state of the race currently!

The battle of the films intensifies as they clash at the box-office...

Speaking about the opening of both the films, exhibitor and owner of G7 cinemas, Manoj Desai revealed, "Both the films are doing well. But, Dilwale has had a better opening as compared to Bajirao Mastani in terms of occupancy. Currently, Dilwale has a occupancy of 100 percent in theatres, while Bajirao is having an occupancy of about 70-80 percent." Also Read - IIFA Awards 2016 LIVE: Priyanka Chopra's melodious singing will leave you AMAZED - watch video!

Yesterday, the exhibitors won a case against Eros (producers of Bajirao Mastani) as they tried to stop the exhibitors from showing Dilwale at their cinemas. Eros had signed an agreement with all the single screen theatre owners stating that they will show only Bajirao Mastani, but the exhibitors opposed this monopoly act and hence a case was filed in the Mumbai session courts. The court ruled that exhibitors can showcase the film, but they will have to compensate Eros for every housefull show. Also Read - Bajirao Mastani and Befikre have set Ranveer Singh APART from the rest of the actors, suggests trade expert!

Manoj Desai happily declared, "Everything was sorted last night and we can now screen Dilwale in Maratha Mandir too. We will show Bajirao in the morning shows, while Dilwale we will show in the night shows."

The same scenario is playing out at the multiplexes too, as the VP of programming and distribution for Inox, Rajender Singh Jyala revealed, "Both the films have opened very well. Currently, Dilwale has an occupancy of 80-95 per cent, while Bajirao Mastani has an occupancy of 70-80 percent in Maharashtra and 60 percent across India. Dilwale is a masla entertainer so it is going to do well, however Bajirao is getting a good response to and it will catch up with the film till the end of the day."

Check out the crazy scenes outside Gaiety where Dilwale is being screened housefull below: 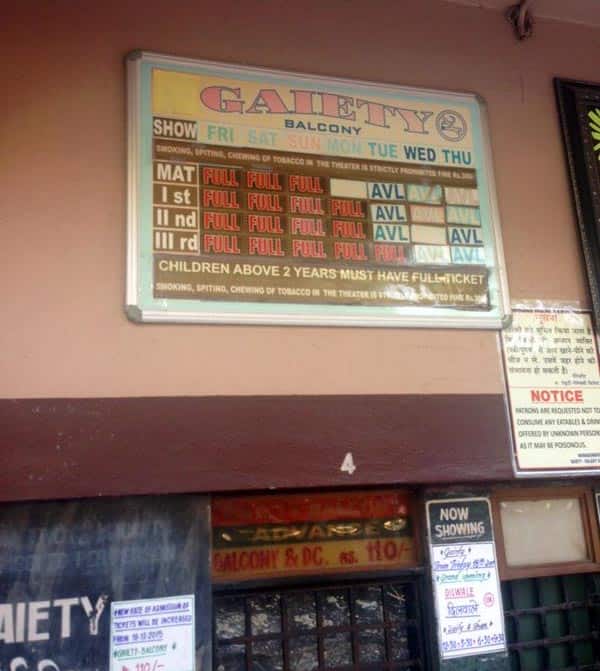 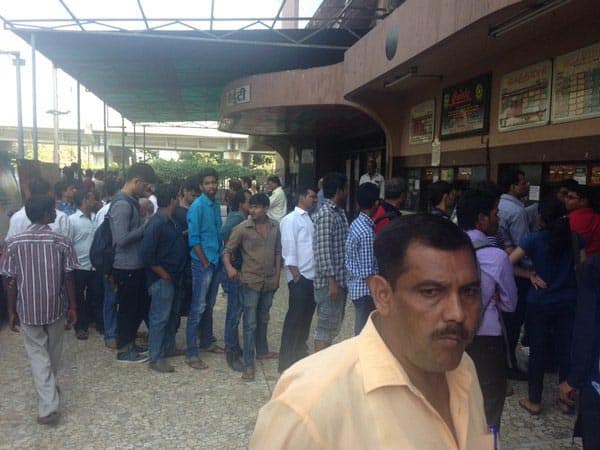 Dilwale stars Shah Rukh Khan, Kajol, Varun Dhawan and Kriti Sanon, while Bajirao Mastani stars Ranveer Singh, Deepika Padukone and Priyanka Chopra. Both the films are playing near the cinemas near you.