Brahmastra and Chup box office collection: Ranbir Kapoor and Dulquer Salmaan starrers had collected a good amount on National Cinema Day, but it showed a drop at the ticket window on Saturday. 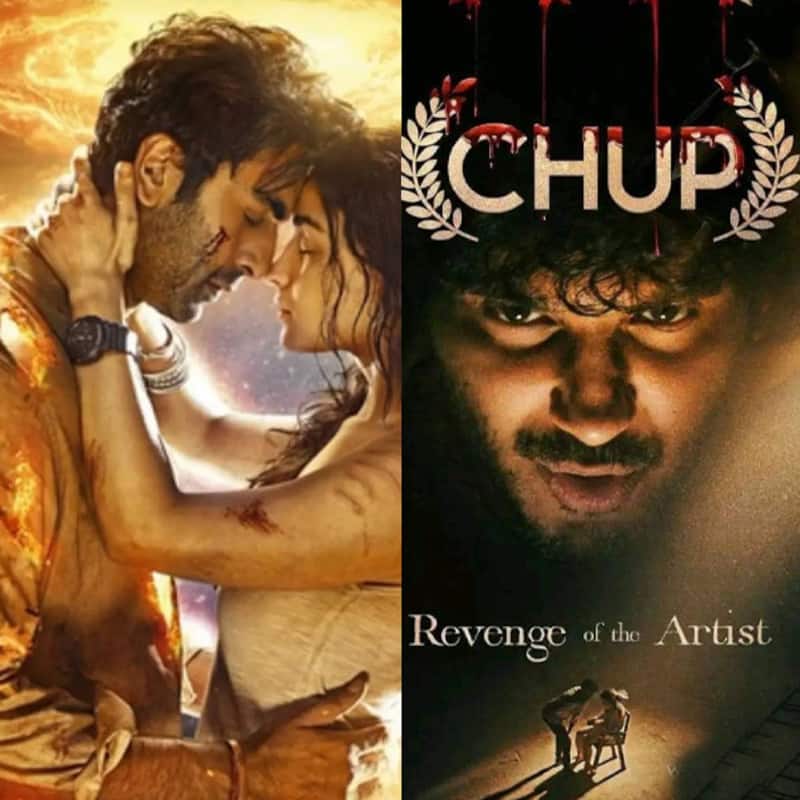 Brahmastra took a bumper opening at the box office and in its week one the film collected Rs. 173.22 crore nett in India (all languages). In its second week it showed a drop but still minted a good amount of Rs. 57.43 crore nett. Now, all eyes were on how much it will collect on its third weekend. Well, the third week of Brahmastra started with a bang thanks to National Cinema Day. Friday, 23rd September, was celebrated as National Cinema Day and ticket prices in all the theatres across the country were just Rs. 75 because of which the footfalls in cinemas were quite high. Also Read - New dad Ranbir Kapoor takes his fancy E-bike worth Rs 1,46 lakh for a ride; observes full precautions in post-Covid times [VIEW PICS]

On its third Friday, Brahmastra collected Rs. 10.79 nett in India (all languages), but the movie failed to keep the momentum on its third Saturday and showed a drop in the collection. On its day 16, Brahmastra collected Rs. 6.03 crore at the box office in India, taking the till date total to Rs. 247.46 crore. Well, today, the film will enter Rs. 250 crore at the box office. Also Read - Mouni Roy flaunts her curves in bodycon dress; fans say she has become even more beautiful after marriage [View Pics]

For now, Brahmastra is at the second spot when it comes to the highest-grossing Bollywood film of the year. At number 1, it’s The Kashmir Files with a collection of Rs. 252.90 crore. But, today, Brahmastra might surpass the collection of The Kashmir Files, and become the highest-grossing Hindi film of the year. Also Read - Alia Bhatt and Ranbir Kapoor are taking care of their baby girl Raha like a pro [Read Exclusive deets]

Meanwhile, the makers of Brahmastra were sharing the worldwide gross collection of the film, and according to them, the movie in 10 days collected Rs. 360 crore gross worldwide.

On the other hand, Sunny Deol and Dulquer Salmaan starrer Chup also showed a drop at the box office. On its day one (National Cinema Day), the film collected Rs. 3.06 crore, and on its day 2 the movie collected Rs. 2.07 crore, taking the two-day total to Rs. 5.13 crore.