Dhanush and Aishwarya's ‘3’ to release this Easter 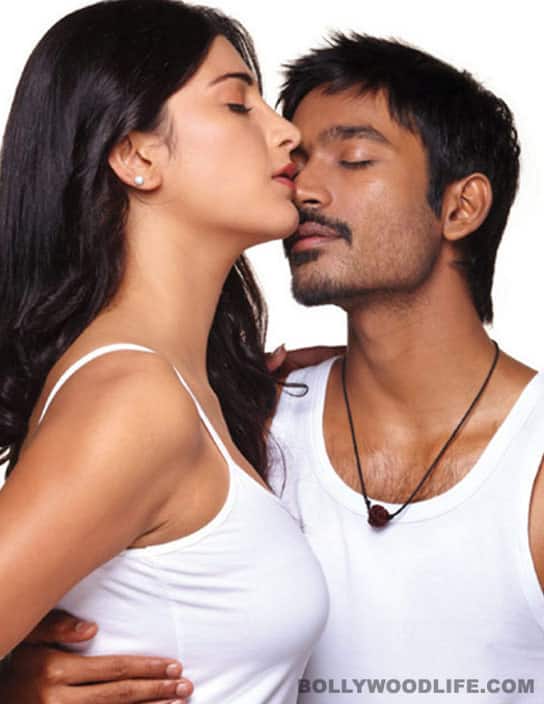 The popular number Kolaveri Di has adequately whet our appetites for Dhanush’s 3. And finally the movie is all set to hit the theatres

3 starring Dhanush and Shruti Haasan in lead roles is all set to release on April 6, 2012. The film that gained much recognition due to its phenomenally successful song, Why this kolaveri di which created a niche for out-of-the-box songs. There was a lot of speculation around the name of the movie initially but according to rumours the '3' refers to the three stages of love that the film will portray. The Hindi rights of the film have been bagged by Sony while Sun TV got the satellite rights of 3 in Tamil. Going by trade reports, the film is set to rake the moolah at the box office thanks to the success of Kolaveri Di Also Read - Tuesday Trivia: When reports of Dhanush's extramarital affair with Shruti Haasan rocked the South Indian film industry

Owing to all the fame 3 has garnered so far, the makers decided to choose a strategic date for its release. The makers have cashed in on the Christian holiday of Easter which falls on April 6 for their youth centric film. They've also revealed that by April 6 most school exams will be over and and children would be in the mood for holiday. Coinciding with Easter would only go ahead to benefit the movie as the audience would naturally pour in to the theatres. Also Read - #3 FIRST LOOK OUT! Varun Dhawan will turn rule breaker on November 8, 2019

Some time ago, debutant director Aishwarya's film faced serious competition as popular Tamil actor Karthi had also scheduled to release his film, Shankar Dayal Saguni around the same weekend. But 3's lucky trend continues as Shankar Dayal Saguni got postponed for a May release. The makers hope to make the most of the Easter release. Will the Dhanush rule the roost during the Eater weekend, guess, that's something only time will tell!. Also Read - Mohanlal's Jimmiki Kammal BEATS Dhanush's Kolaveri Di to become the most viral anthem