Gangubai Kathiawadi and Valimai are already box office hits, The Batman is off to a good start while, Jhund needs to do a lot to make up for a poor beginning 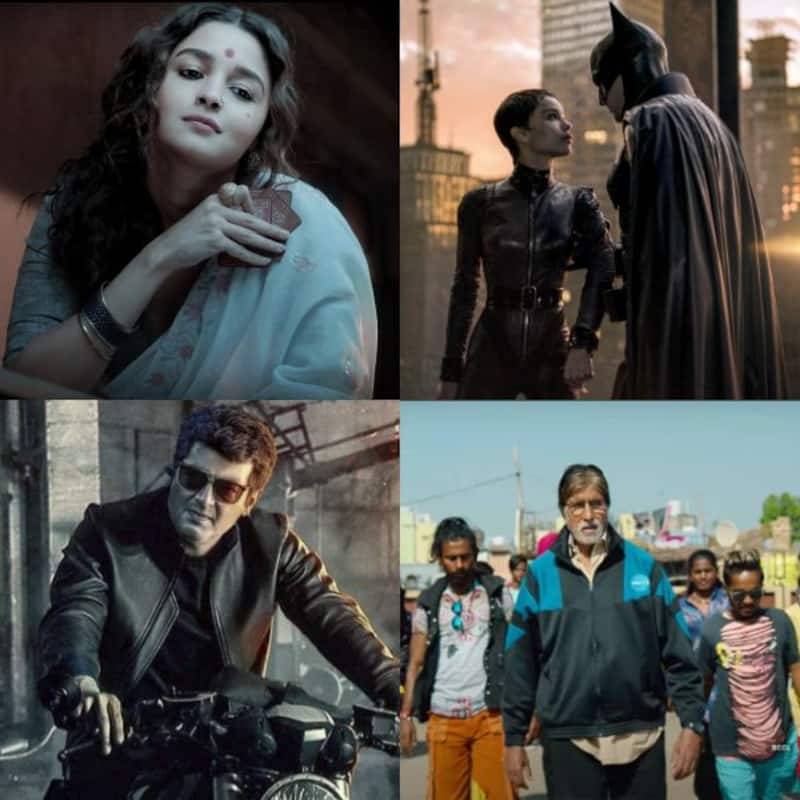 Gangubai Kathiawadi, The Batman, Valimai, Jhund and other movies are simultaneously running in theatres as we type this, making it a sign of how cinema on the big screen is well and truly back all over the country. However, which of these movies are really making the box office sing as that's the true measure of success for any film industry. Well, the good news is that three of the aforementioned films – Alia Bhatt starrer Gangubai Kathiawadi, directed by Sanjay Leela Bhansali; Robert Pattinson starrer The Batman, directed by Matt Reeves; and Ajith starrer Valimai, directed by H. Vinoth – have all enjoyed good to decent weekends in cinema halls, with Gangubai and Valimai doing so in their second weekends, while Amitabh Bachchan starrer Jhund, directed by Nagraj Manjule is the only one that has slipped in its box office examination. Also Read - Alia Bhatt to Kangana Ranaut: Times when Bollywood divas' weird outfits made fans wonder if they forgot to wear under pants

After a brilliant first week Alia Bhatt and Sanjay Leela Bhansali's Gangubai Kathiawadi witnessed a fantastic second weekend. The collections continue to be excellent in Maharashtra and Gujarat, with more than a few shows running housefull on Saturday in Sunday in several regions of these states, while Delhi also posted very good numbers, and the figures are good elsewhere. Check out Gangubai Kathiawadi's box office collection below: Also Read - Deepika Padukone, Kareena Kapoor Khan, Katrina Kaif and more: Do you know how much these divas charge for brand endorsements?

Robert Pattinsson and Matt Reeves' The Batman also got off to a strong start in its first weekend although the bulk of the collections came from the metros and that too, only in the English version. Outside the metros, the superhero film found hardly any takers while its dubbed versions proved to be lackluster everywhere. Though it's not going to show long legs Spider-Man: No Way Home, enough has been done in its first weekend for it to at least attain an above average verdict in the Indian market. Check out The Batman's box office collection below:

Ajith Kumar and H Vinoth's Valimai showed large drops in its second weekend, but the numbers are still decent enough for the film to emerge a success at he box office, especially after its gargantuan first week. No prizes for guessing that the bulk of the collections have primarily emerged from Tamil Nadu, given Thala Ajith's relatively weaker hold outside the state unlike some other South superstars while the overseas market has been the other contributor of note. Check out Valimai's box office collection below:

Finally, Amitabh Bachchan and Nagraj Manjule's Jhund was the only film that failed to make an impression this past weekend at the domestic box office as the tally ideally should've ideally been around ₹8-9 crore nett, given the costs involved. The bulk of the numbers have only come from Maharashtra, with the movie ending up as a washout in several territories outside the state. It needs to quickly recover lost ground over the weekdays. Check out Jhund's box office collection below:

So, there you have it – our box office roundup of the major movies over the weekend.