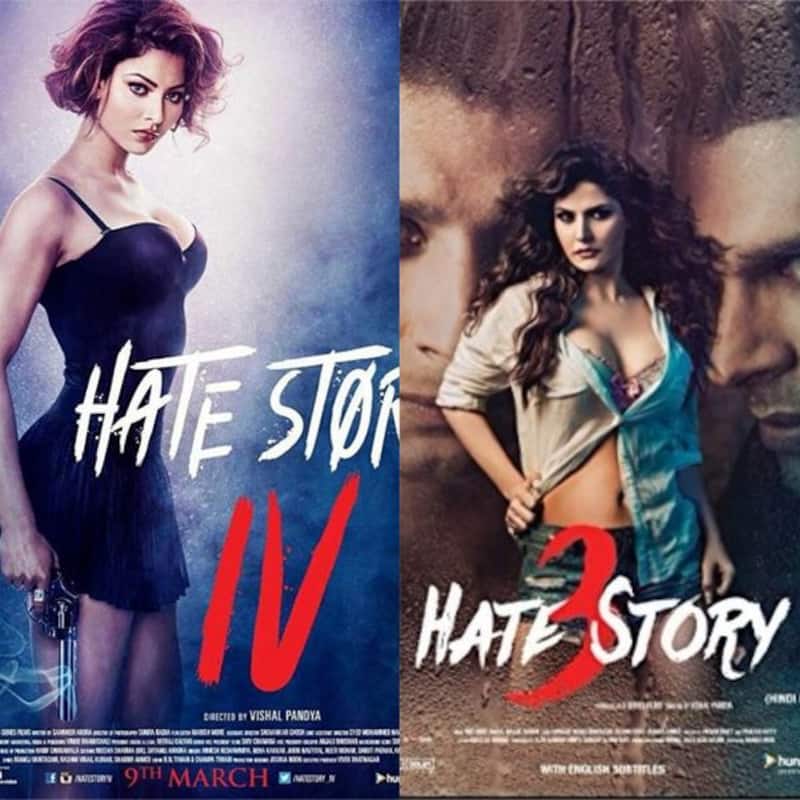 Urvashi Rautela's Hate Story has managed to earn a fair amount of Rs 3.76 crore on its opening day at the box office. The erotic thriller clashed with Dil Juunglee and 3 Storeys at the ticket window but dominated them easily when it comes to business. Despite all these factors, we feel Hate Story IV has underperformed on its first day and here's the reason why? Belonging to the successful franchise of Hate Story, the latest installment is the second lowest opener, when it comes to other parts. Also Read - Nora Fatehi, Janhvi Kapoor, Disha Patani and more B-Town divas who looked the sexiest in bodycon outfits

Directed by Vishal Pandya, the film also features Karan Wahi, Vivan Bhatena and Ihana Dhillon in key roles. The film is expected to show substantial growth over the weekend and will cross Rs 12 crore mark by Sunday. The film is facing stiff competition from the holdover release Sonu Ke Titu Ki Sweety which is attracting a huge chunk of the audience to the cinema halls.

Hate Story 4: Vivan Bhatena feels Ranveer Singh is a classic example of a baddie, is all for being stereotyped as the bad guy

Since the film is made on the reasonable budget, we are expecting Hate Story to recover its investment through its theatrical run. The film has received A certificate, which again limits his audience. On the adult rating, director Pandya said in a statement: “The film is clearly targeted towards an adult audience… not just erotica, but even the themes of the film with revenge as its central story.” He further added, “The theme of the film is based on multiple issues faced by women and how it has built the emotion of hate in them and thus, their revenge. I would be worried if the censor board gave my film franchise a ‘U/A’ certificate.”