Janhit Mein Jaari displayed huge jumps over its first weekend at the box office while Jurassic World Dominion has not only made a whack in India, but is also a smash hit in the US and other overseas territories, too 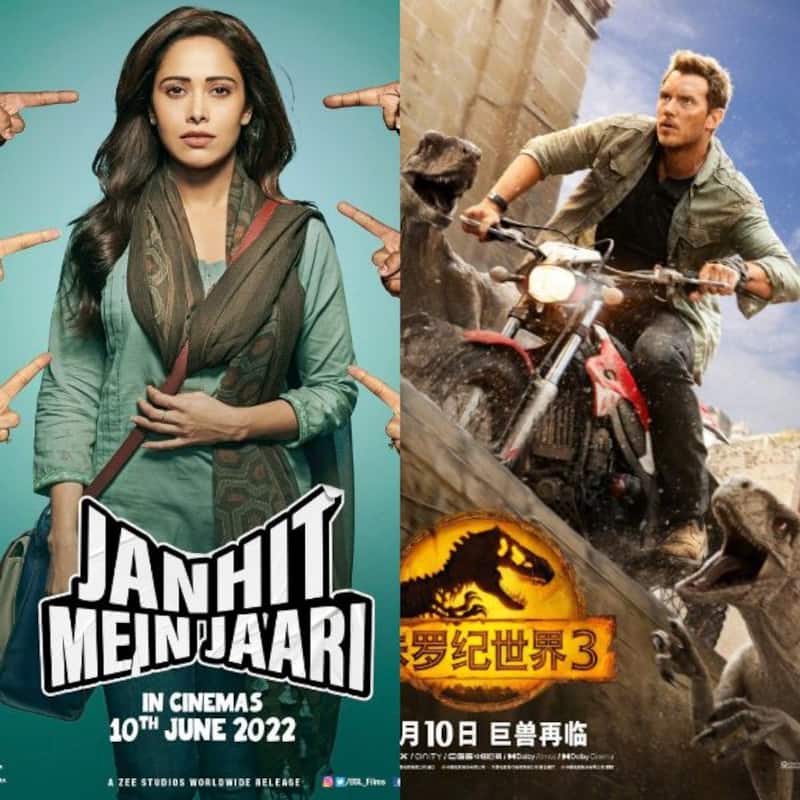 Janhit Mein Jaari collected just ₹45 lakh nett on day 1., Friday, 10th June, at the box office, but then saw a huge jump in collections on day 2, Saturday, 11th June, to haul in ₹80 lakh nett. The Nushrratt Bharuccha starrer then grew further on day 3, Sunday, 12th June, bringing in ₹95 lakh nett, to take its 3-day first weekend total at the box office to ₹2.20 crore nett (₹2.76 crore gross), which is somewhat decent considering its budget, cast, theme, and indie feel. If Janhi Mein Jaari manages to hold at respectable levels during its weekdays, and again retain a substantial number of screens in its second weekend, who knows, it could also pull through with a decent trade verdict at the box office. Also Read - Trending Hollywood News Today: Tejasswi Prakash reveals she’s a BTS fan, Nick Jonas attempts belly dancing with Shakira and more

Vinod Bhanushali and Raaj Shaandilyaa back a taboo subject

While producer Vinod Bhanushali chose to back and support a film based on a taboo subject and also decided to rope in a female star to headline the film, Raaj Shaandilyaa’s signature brand of humour and punch lines are sprinkled all over this entertainer that breaks the orthodoxies of society, creates awareness about the usage of condoms and promotes safe sex in the most light-hearted manner. In a country where the word ‘condom’ is still considered a taboo, the makers had to ensure that the subject was treated delicately and smartly. They managed to walk that fine line where the film isn’t preachy yet drives the message home, all while entertaining and humouring audiences.

On the other end of the spectrum, Chris Pratt, Bryce Dallas Howard, Sam Neill, Laura Dern and Jeff Goldblum starrer Jurassic World Dominion has raked in the moolah like nobody's business in India, silencing most in the trade who were doubting its box office legs after almost non-existent buzz in the lead up to its release. The latest installment in the Jurassic Park franchise has rounded off its first weekend in India with ₹36 crore nett in the kitty, and looks set to add a lot more in the coming days.

Unless there's a highly unlikely drastic fall from Monday onward, Jurassic World Dominion is well on its way to be a clean hit at the Indian box office. Internationally, too, the dinosaurs roared to $143 million in the US and a worldwide cume of $389 million, to emerge a smash hit everywhere, proving itself to be quite critic-proof, given the reviews.