JugJugg Jeeyo has hit the big screens today, and here's much Varun Dhawan, Kiara Advani, Anil Kapoor, and Neetu Kapoor might collect at the box office. 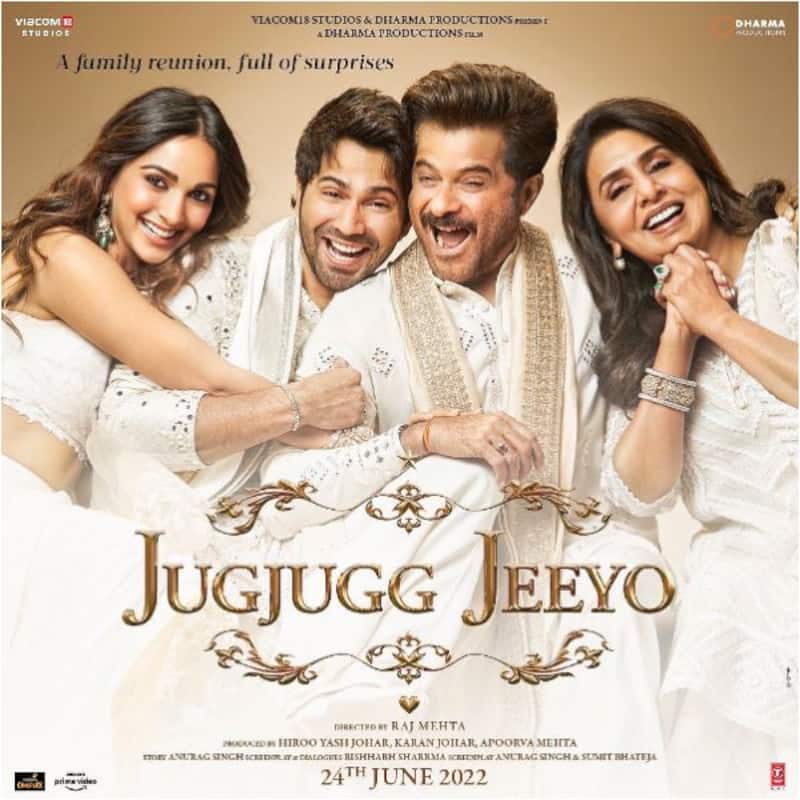 Raj Mehta’s JugJugg Jeeyo starring Anil Kapoor, Neetu Kapoor, Varun Dhawan, Kiara Advani, Maniesh Paul, and Prajakta Koli has hit the big screens today. The trailer of the film has impressed one and all, and even the songs have received a fantastic response. The reviews have also been on the positive side and many Bollywood celebs have loved the film. So, it is expected that the movie will take a good opening at the box office. But, how much would be the collection? Also Read - Trending Hollywood News Today: Lindsay Lohan sparks marriage rumours; Jungkook and Charlie Puth in a BL relationship and more

Many reports claim that the movie might take an opening of double-digit. But, it will be interesting to see if it will beat Kartik Aaryan, Tabu, and Kiara’s Bhool Bhulaiyaa 2. The Anees Bazmee’s directorial had collected Rs. 14.11 crore at the box office. So, JugJugg Jeeyo needs to collect more than Rs. 14.11 crore to beat BB2. Now, will this happen or not we will only come to know tomorrow. Also Read - Trending Entertainment News Today: Kaali's poster with a Goddess smoking draws flak, Top Bollywood actress having trouble adjusting with in-laws and more

This year, many Bollywood films have failed to make a mark at the box office. Only three Hindi films, The Kashmir Files, Bhool Bhulaiyaa 2, and Gangubai Kathiawadi have done well at the ticket window. Let’s see if Anil Kapoor, Neetu Kapoor, Varun Dhawan, Kiara Advani, Maniesh Paul, and Prajakta Koli will get the audience back to the theatres or not. Also Read - Bigg Boss OTT 2: Ranveer Singh will NOT replace Karan Johar as the host of the web series of controversial reality show

While talking about box office, Varun had told IANS, "Look, honestly speaking, no matter how much we guess, analyse and predict the fate of a film, at the end of the day, there is no formula and no one knows what works at the box office. And we have seen that in recent times. Post the pandemic, things have changed but the only unchanged factor is people still love going to the theatre and watch a film that is entertaining. Whether it is a KGF, RRR, or Sooryavanshi, people watched them. But that does not mean that all larger-than-life event film works... as I said, there is no formula. Our film is a pure family drama that has emotion, comedy, and everything that we have grown up watching in a Karan Johar film!"