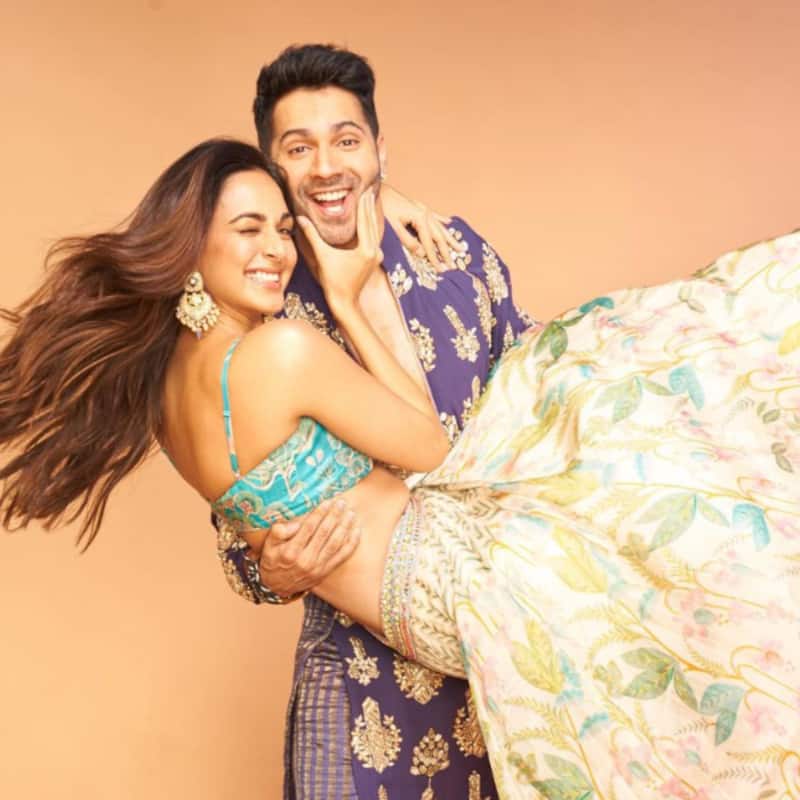 JugJugg Jeeyo starring Varun Dhawan, Kiara Advani, Anil Kapoor, Neetu Kapoor, Maniesh Paul and Prajakta Kohli released yesterday. The cast and crew of JugJugg Jeeyo have been promoting the film a lot and quite a good hype about the family entertainer is generated amongst the masses. JugJugg Jeeyo's first-day box office collections are out and the film has done a good business, if not great. It's definitely up to a good start and can jump up over the weekend. Also Read - Before Varun Dhawan-Kiara Advani's JugJugg Jeeyo, THESE 5 films were re-released in theatres on public demand

JugJgg Jeeyo is off to a good start and has minted Rs 9.28 crore on its Day 1. It is half of what Kartik Aaryan and Kiara Advani's Bhool Bhulaiyaa 2 collected on its opening day. Bhool Bhulaiyaa 2 minted Rs 14.11 crore. As per the reports, JugJugg Jeeyo's first-day collections are half compared to other films that were released this year. Be it
Alia Bhatt’s Gangubai Kathiawadi or Akshay Kumar’s Samrat Prithviraj. Also Read - Kangana Ranaut and Page 3 director Madhur Bhandarkar to join hands for film on Kashmiri singer murdered by terrorists? Here's what we know

Varun Dhawan had opened up on the box office of JugJugg Jeeyo in an interview recently. The actor had said that there's no perfect formula to predict the sales and business aspects of the film. Varun has shared that everything has changed after the pandemic and added that the only thing that hasn't changed is people's love to watch movies in theatres and a film that is entertaining. Also Read - Karan Johar calls talk of Bollywood's downward slide 'nonsense'; says, 'Gangubai Kathiawadi, Bhool Bhulaiyaa 2, JugJugg Jeeyo have done huge numbers'

Varun Dhawan, Kiara Advani, Anil Kapoor and Neetu Kapoor starrer JugJugg Jeeyo is one family entertainer. It has been getting a good response from the fans. Our in-house critic Russel D'Silva gave JugJugg Jeeyo three out of five stars and praised the film, saying, "Jug Jugg Jeeyo is a good movie, make no mistake of that – it has enough going for it by way of both humour and emotions, making for a fairly enjoyable family entertainer. It's just that it could've been even better with more assured direction, less regression, less pseudo-feminism and a background score that had no business leaving the recording studio. That being said, Varun Dhawan, Neetu Singh, Maniesh Paul and above all, the legendary Anil Kapoor make it worth the trip to a theatre at least once. I'm going with 3 out of 5 stars."