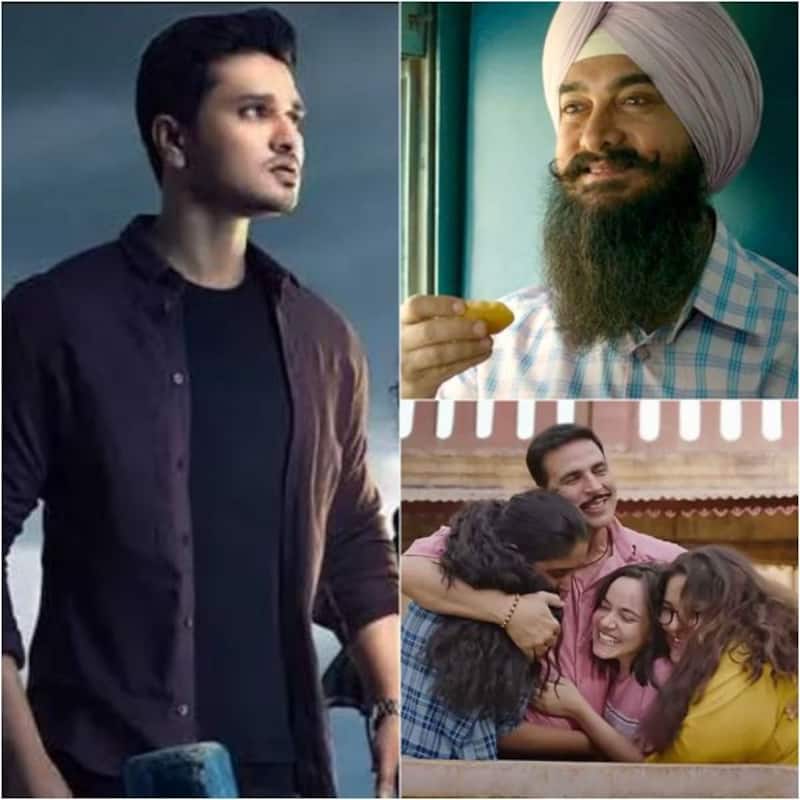 Aamir Khan starrer Laal Singh Chaddha and Akshay Kumar starrer Raksha Bandhan were expected to take the box office by storm. But, unfortunately, that didn’t happen, and both the movies have become disasters at the box office. According to early estimates, Laal Singh Chaddha and Raksha Bandhan collected around Rs. 2 crore on day six. Both the movies have crashed at the box office. But, one film that has shown a great jump over the days is Nikhil Siddhartha starrer Karthikeya 2. Also Read - Karthikeya 2 star Nikhil Siddhartha to make Bollywood debut soon? In talks with two BIG producers

Karthikeya 2 is a Telugu film and has been making it to the headlines in the entertainment news. It has been dubbed and released in various languages including Hindi. The Hindi dubbed version was released in a very minimal number of screens, but looking at the demand of moviegoers to watch it, the screens increased and day by day the collection got better. Also Read - Karthikeya 2 vs Liger box office collections: Nikhil Siddhartha's film mints double on third Saturday while Vijay Deverakonda's film barely manages to keep steady

On day 1, Karthikeya 2 Hindi collected Rs. 7 lakh, on day 2 the collection was Rs. 28 crore, and on day 3 it minted Rs. 1.10 crore, taking the first weekend total to Rs. 1.45 crore. Well, it was expected that the film will be stable at the box office, but to everyone’s surprise, it has shown remarkable growth at the box office, and on Tuesday, it collected Rs. 3.85 crore (all languages) which is much higher than what Laal Singh Chaddha and Raksha Bandhan collected. Also Read - Box office collection report: Karthikeya 2 continues to rule; Laal Singh Chaddha, Raksha Bandhan are out of the race in week 2

Karthikeya 2 might not be a big hit like a Pushpa or RRR or KGF 2, but clearly, it has grabbed the attention of Hindi moviegoers. The makers had not promoted the film in the Hindi markets, but now, it looks like they have decided to promote Karthikeya 2 in the North.

Recently, Nikhil tweeted, “DILLI HERE WE COME… #Kartikeya2 Karthikeya2 team on the way to Delhi For a Whole day of a promotions with the National Media and Visiting Theatres.”