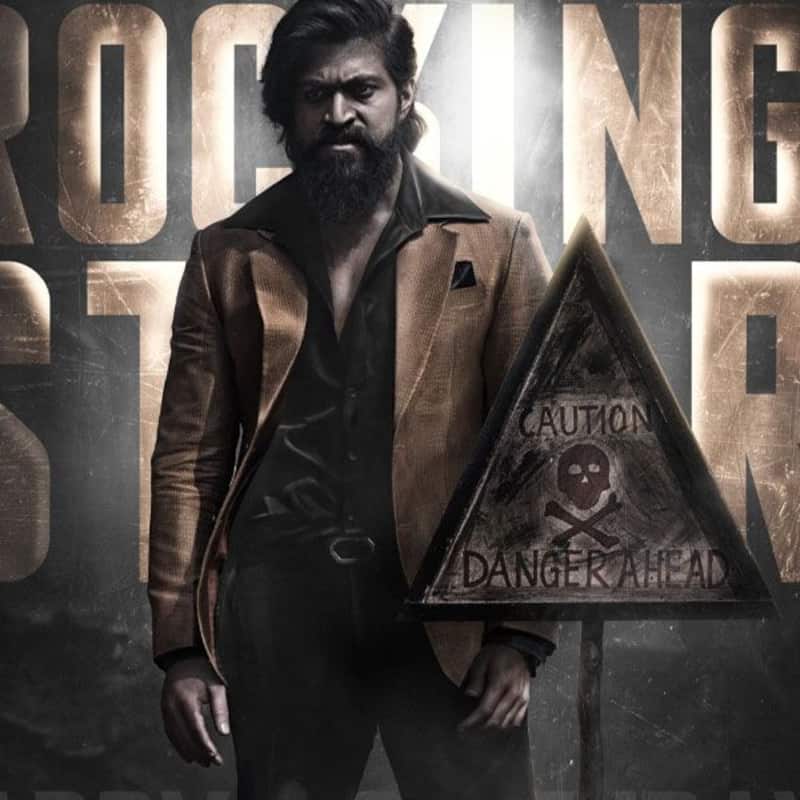 KGF 2 is doing the unthinkable at the box office both in the Hindi belt and the rest of India, too. After becoming the first film in the Hindi markets to register ₹40 crore nett+ daily since opening, KGF Chapter 2 clocked another half century on day 4, Sunday, 17th April, its second after its opening day, Thursday, 14th April, en route also posting the highest opening weekend collection for any movie ever in the Hindi belt. This comes after the Yash starrer broke the record for the biggest opening ever in the Hindi belt, and then registered the third-highest opening of all time pan-India after RRR and Baahubali 2. Also Read - Anupamaa twist: Anu WARNS the r*pist of severe punishment as she seeks justice for Dimple; her bada*s avatar wins over MaAn fans [VIEW TWEETS]

The craze of KGF 2 amongst the audience has been burgeoning ever since the trailer has been launched. Moreover, the fandom of Rocking star Yash ignited excitement among the audience like few films in Indian cinema before it have be they may be from any language. The anticipation rose to the levels of the pre-release buzz of Baahubali 2. It was widely reported that KGF Chapter 2 would post earth-shattering numbers in every territory across the globe, and it has done exactly that. Also Read - Hansika Motwani-Sohael Kathuriya wedding: UNSEEN and INSIDE pics from the South Indian actress' grand wedding are unmissable

However, starting with a bang amounts to nothing if you can't back it up, right? Well, it certainly looks like KGF 2 is all too aware of that and how. The Rocking Star Yash starrer has not only held exceedingly well in all territories across the country, but has once again surpassed all expectations as many in the trade were expecting it to take a bigger drop, which would've been considered more than permissible, given its insane opening. But, it has held exceedingly well since opening, and now, has again registered a collection of ₹50.35 crore nett on day 4in the Hindi territories, taking its 4-day (first weekend) Hindi total to a humongous ₹193.99 crore nett; a remarkable achievement by any standard. The tentpole will definitely fly past the ₹200 crore nett mark today, Monday (day 5). Also Read - Hina Khan dishes out MASSIVE fashion goals as she explores Turkey; the expensive Louis Vuitton scarf has got our attention [VIEW PICS]