KGF Chapter 2, starring Yash and Sanjay Dutt, is yet to claim the second spot at the box office in the Hindi market, which it should by tomorrow after overtaking Tiger Zinda Hai, PK and Sanju in that order 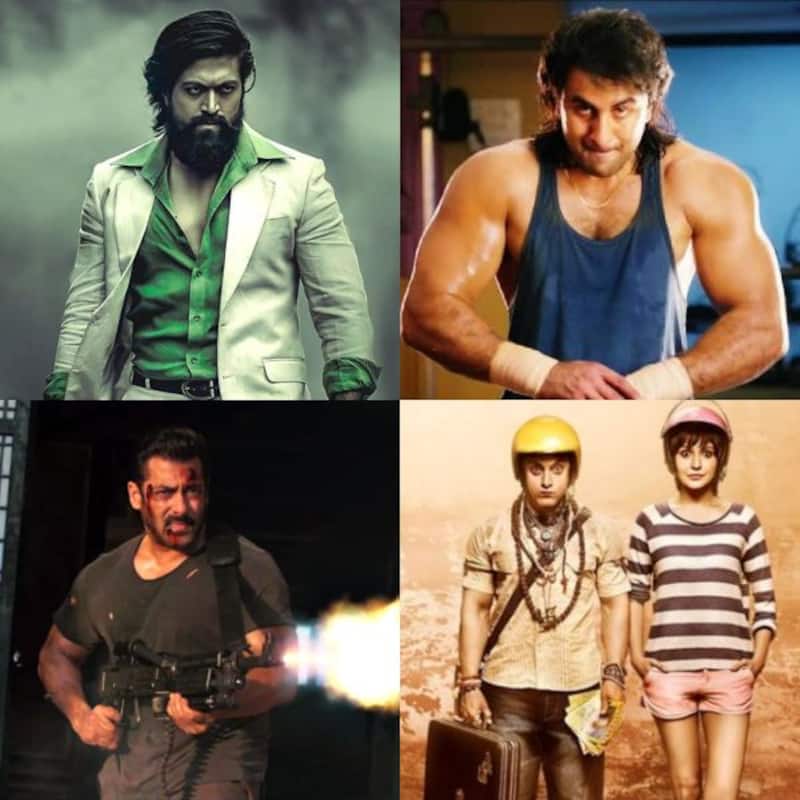 KGF 2 is doing the unthinkable at the box office both in the Hindi belt and the rest of India, too. Besides, becoming the first film to hit a century daily for 4 days in a row across India since opening, KGF Chapter 2 also posted the highest opening day, opening weekend and opening week for any film in the Hindi belt while also becoming the fastest to reach ₹250 crore nett in the Hindi market. The Yash, Sanjay Dutt, Raveena Tandon and Srinidhi Shetty starrer, directed by Prashanth Neel, also registered the third-highest opening of all time pan-India after RRR and Baahubali 2. Also Read - Kriti Sanon-Prabhas to Sara Ali Khan-Shubman Gill: Rumoured Bollywood affairs that caught everyone's attention

Starting with a bang amounts to nothing if you can't back it up, right? Well, it certainly looks like KGF 2 was all too aware of that and how. The Rocking Star Yash starrer held exceedingly well in all territories across the country, but surpassed all expectations as many in the trade were expecting it to take a bigger drop through the rest of week 1, given its insane opening. That was not to be though. The pan-India monster ended its extended first week and second weekend with ₹321.12 crore nett in the Hindi belt alone, and has now held exceedingly well on both its second Monday and Tuesday. It's yet to claim the second spot in the Hindi market, which it should by tomorrow, second Wednesday (day 14), by overtaking Tiger Zinda Hai, PK and Sanju in that order. Also Read - Adipurush star Prabhas went down on his knees to propose Kriti Sanon? The rumoured couple might get engaged soon [Report]

Check out KGF 2's day-wise box-office breakup in Hindi below: