KGF 2 box office collection week 5: Yash starrer becomes only the second film after Baahubali 2 to achieve this MILESTONE in India

Yash and Sanjay Dutt starrer KGF Chapter 2 also stands as the third highest grossing Indian film worldwide of all time after Dangal and Baahubali The Conclusion, having overtaken RRR. Here's how much it has collected so far in Indian and overseas... 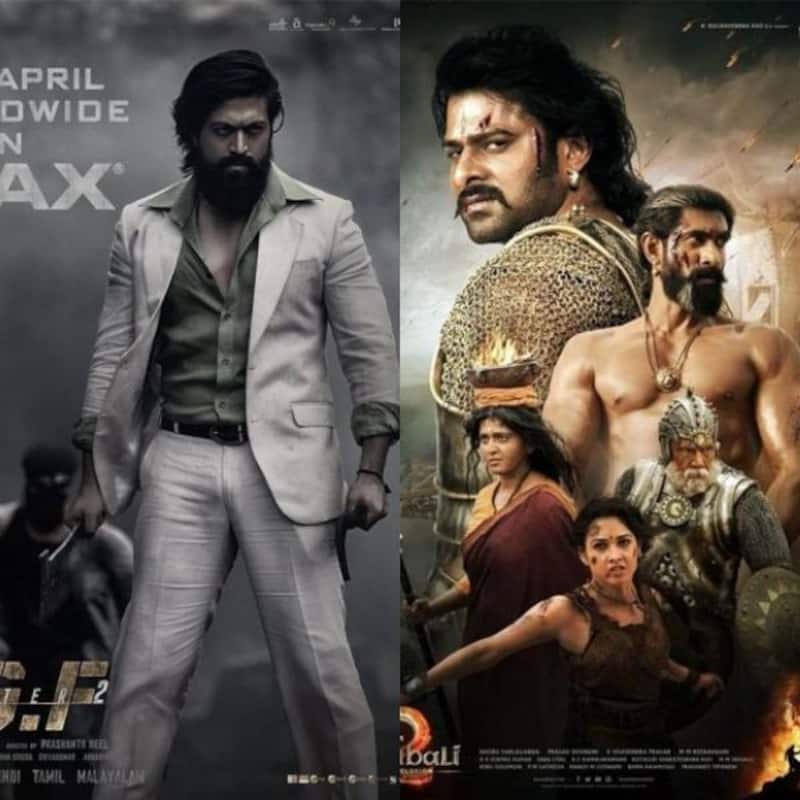 KGF 2 has become only to second movie after Baahubali 2 to touch ₹1000 crore gross milestone in India in the history of the country's box office. Worldwide, Yash, Sanjay Dutt, Srinidhi Shetty, Raveena Tandon starrer KGF Chapter 2, directed by Prashanth Neel, now stands as the third highest grossing Indian film with ₹1140 crore, after Dangal and Baahubali: The Conclusion, having overtaken RRR. KGF 2 has not only ruled in India ever since debuting at the box office, but has also conquered international waters, and done so in every language. Also Read - Trending Hollywood News Today: Lindsay Lohan sparks marriage rumours; Jungkook and Charlie Puth in a BL relationship and more

There's no denying that the Hindi box office collection of KGF Chapter 2 has contributed the most to the fortunes of the film, leading it to achieve the aforementioned ₹1000 crore gross benchmark in India. After becoming the first movie to cross the ₹400 crore mark in Hindi in the domestic market, KGF 2 also went on to take the numero uno spot internationally in Hindi post pandemic, crossing the $9 million mark overseas, taking it past the likes of 83 and Sooryavanshi as the top performing Hindi movies so far after the COVID-19 pandemic. Also Read - Trending Entertainment News Today: Kaali's poster with a Goddess smoking draws flak, Top Bollywood actress having trouble adjusting with in-laws and more

The Yash starrer will fall short of the $10 million mark worldwide, but has still done more than enough to slot firmly within the top five Indian movies worldwide when only considering the Hindi language. Among its other records, KGF Chapter 2 is also only the fourth Indian film to breach the ₹1000 crore gross worldwide after Dangal, Baahubali 2 and RRR in that order. The Yash, Sanjay Dutt, Raveena Tandon and Srinidhi Shetty also registered the third-highest opening of all time pan-India after RRR and Baahubali 2. Talk about a record-breaking spree, right? Also Read - Bigg Boss OTT 2: Ranveer Singh will NOT replace Karan Johar as the host of the web series of controversial reality show

Written and directed by Prashanth Neel, who's also helming Salaar with Prabhas, the sequel, like KGF Chapter 1, is again presented in the North by Farhan Akhtar and Ritesh Sidhwani's Excel Entertainment along with Anil Thadani's AA Films.