Thalapathy Vijay starrer Beast is being replaced by Rocking Star Yash starrer KGF Chapter 2 in theatres across Tamil Nadu, something that would've been thought inconceivable at least in the stare prior to both films clashing at the box office 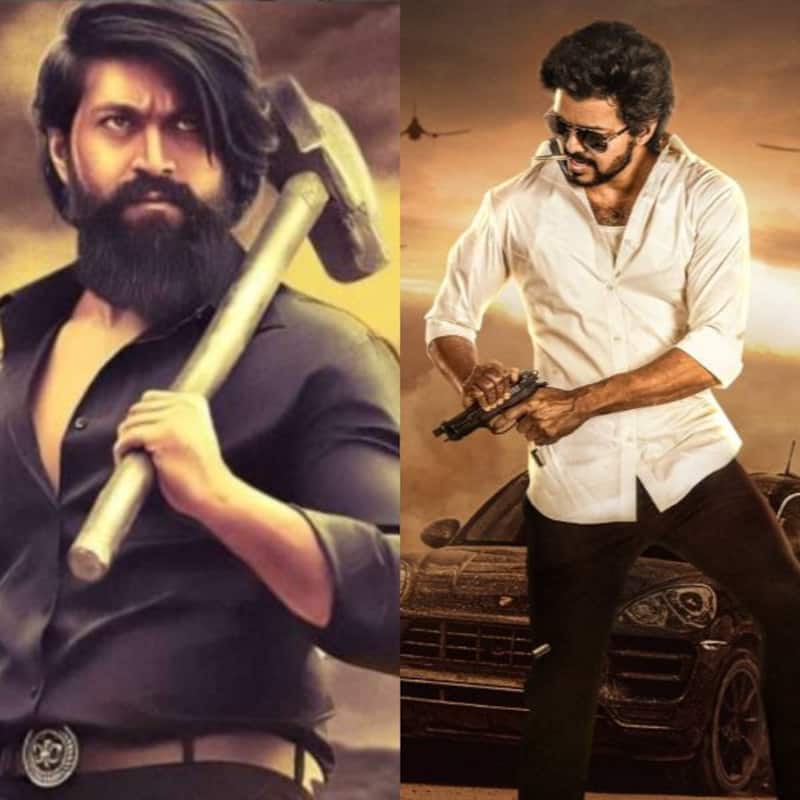 The craze of KGF 2 amongst the audience has been burgeoning ever since the trailer has been launched. Moreover, the fandom of Rocking star Yash ignited excitement among the audience like few films in Indian cinema before it have be they may be from any language. The anticipation rose to the levels of the pre-release buzz of Baahubali 2. It was widely reported that KGF Chapter 2 would likely take an earth-shattering opening in every territory across the globe where it opens. Well, it has done just that, first and foremost breaking the record for the biggest opening ever in the Hindi belt, and then registering the third-highest opening of all time pan-India after RRR and Baahubali 2. Also Read - Malaika Arora, Shweta Tiwari, Shilpa Shetty and more Bollywood actresses who are ageing in reserve

On the other hand, Thalapathy Vijay and Pooja Hegde starrer Beast, directed by Nelson Dilipkumar, is still barely pulling itself along in Tamil Nadu, the curtains have fallen on it in every other territory, and with the monstrous status that KGF 2 has assumed everywhere else, no surprises for guessing that Beast will soon be crushed in its home state as well. There's no two ways to look at it – Beast is headed to be an epic disaster. Also Read - Drishyam 2, Bhool Bhulaiyaa 2 and more: Sequels of Bollywood films that were on par with their first part

In fact, the effects are already showing with theatres across the state of Tamil Nadu replacing shows of the Vijay starrer with the Yash starrer, something that would've been thought inconceivable at least in Tamil Nadu prior to both films clashing at the box office. It makes perfect business sense though since after the replacement of shows, KGF2 is running houseful since 3 a.m. while several of Beast's shows aren't even running to quarter capacity for its prime-time shows in the evening. Also Read - South news weekly rewind: Salman Khan to help Ram Charan re-enter Bollywood; Shruti Haasan shares pictures of swollen face and more