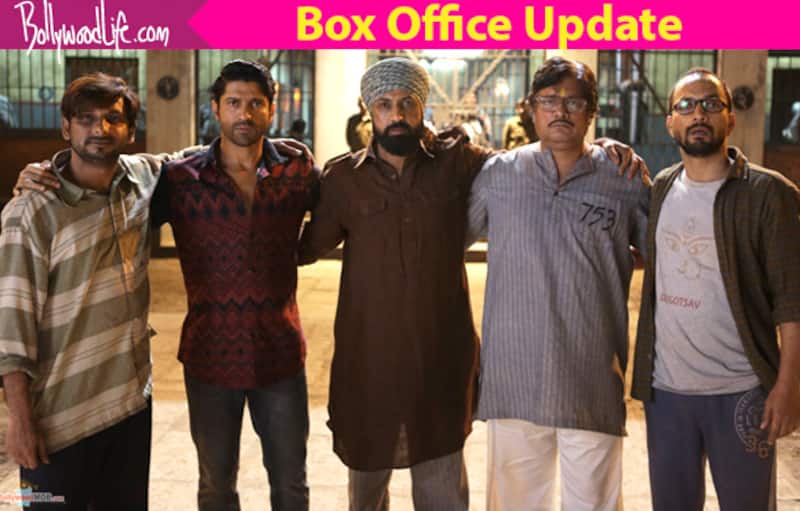 Farhan Akhtar's Lucknow Central sees a positive growth on the second day at the box office. Though it hasn't managed to beat Kangana Ranaut's Simran yet, the growth is pretty steady and good. While Lucknow Central showed a 38.24% growth at the box officce, Simran showed a 35.74% increase. Farhan's movie raked in Rs 2.82 crores on Saturday making it a total of Rs 4.86 crores in India. We're curious to see if it manages to collect more money than Simran in a few days or weeks since the growth percentage is more than Simran. Farhan's film is getting a mixed response from the audience and the critics. Also Read - Priyanka Chopra and bestie Lilly Singh enjoy Diljit Dosanjh's concert in LA; soak in all the Punjabi vibes as ladies dance to his tunes [WATCH]

Recently, Yashraj had also produced a movie on similar story lines called Qaidi Band, which starred newcomers Aadar Jain and Anya Singh. Though Qaidi Band failed to make an impact at the box office or in the minds of the audience. Lucknow Central has a much more popular cast and the audience seems to be loving it more. The songs in the film also managed to strike a chord with the audience. We wonder if the film will make it to the 100 crore club at all. Trade analyst, Taran Adarsh also tweeted confirming the box office collection of Lucknow Central. (ALSO READ: Lucknow Central box office collection day 1: Farhan Akhtar’s prison break musical earns Rs 2.04 crore) Also Read - Hrithik Roshan to Shraddha Kapoor: These 5 Bollywood actors are adventure junkies; here's proof!

Akshaye Rathi, Exhibitor-Distributor had already predicted the box of numbers and told BollywoodLife, "Both are interesting and have the potential to entertain the audience substantially, subjected to them being good films. Honestly, neither of them will open very big. Both the films will entirely depend on word of mouth. Both should open in the range of Rs 2-3 crore on day 1. They will essentially grow with word of mouth. Ultimately it’s all about which one has a better content and the one does, will grow over time and do well."

What are your thoughts on this? Tell us in the comments below and stay tuned with us for more box office updates.