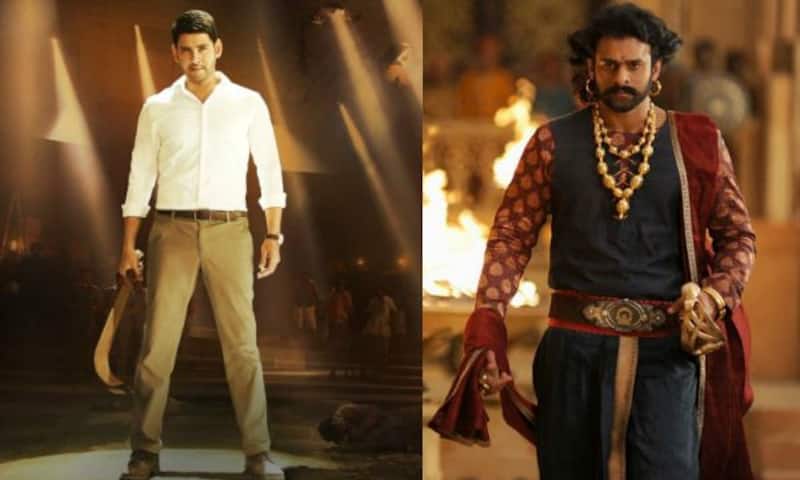 Mahesh Babu's Bharat Ane Nenu set the box office on fire when it released on April 20. And even in its fourth week, the Telugu film is continuing to rake in the moolah and is holding strong at the ticket window. In fact, Bharat Ane Nenu has even crushed Baahubali 2's record and achieved a massive new feat. Surprised? Well, let us tell you that Bharat Ane Nenu has created a new, all time record at the Chennai box office by raking in Rs 1.66 crore till now in the city. Prabhas' Baahubali 2 held this record earlier with a lifetime collection of Rs 1.65 crore in Chennai. Also Read - Kriti Sanon-Prabhas to Sara Ali Khan-Shubman Gill: Rumoured Bollywood affairs that caught everyone's attention

We all know that each and every Mahesh Babu film performs well in Chennai. In fact, being a Telugu star too, he has a massive fan following in the Kollywood industry. So, it was always a known fact, that Bharat Ane Nenu would give Baahubali 2 a run for its money. And that's what it did! Looking at the current trends, we expect Mahesh Babu's film to continue raking in the moolah and earn Rs 1.75 crore in its lifetime run in Chennai. Anyway, what do you guys have to say about Bharat Ane Nenu's latest feat? Share with us your thoughts in the comments section below! (ALSO READ - Mahesh Babu's Bharat Ane Nenu is breaking records in Australia, New Zealand, North America and UK!) Also Read - Adipurush star Prabhas went down on his knees to propose Kriti Sanon? The rumoured couple might get engaged soon [Report]

In the meantime, Mahesh Babu's Bharat Ane Nenu has collected in excess of Rs 205 crore at the worldwide box office. Not only is this the actor's highest grossing film, but also his first movie to enter the Rs 200 crore club. This was a much needed boost for Mahesh Babu, after the failure of Brahmothsavam and Spyder. Anyway, with the film continuing its run at the box office, stay tuned to BollywoodLife as we get you all the dope and updates about Bharat Ane Nenu right here. Also Read - Latest entertainment news: Alia Bhatt, Ranbir Kapoor planning to reveal daughter Raha's face; Varun Dhawan hints at Kriti Sanon-Prabhas relationship and more