Akshay Kumar and Taapsee Pannu's Naam Shabana has raked in Rs 32.55 crore at the box office. 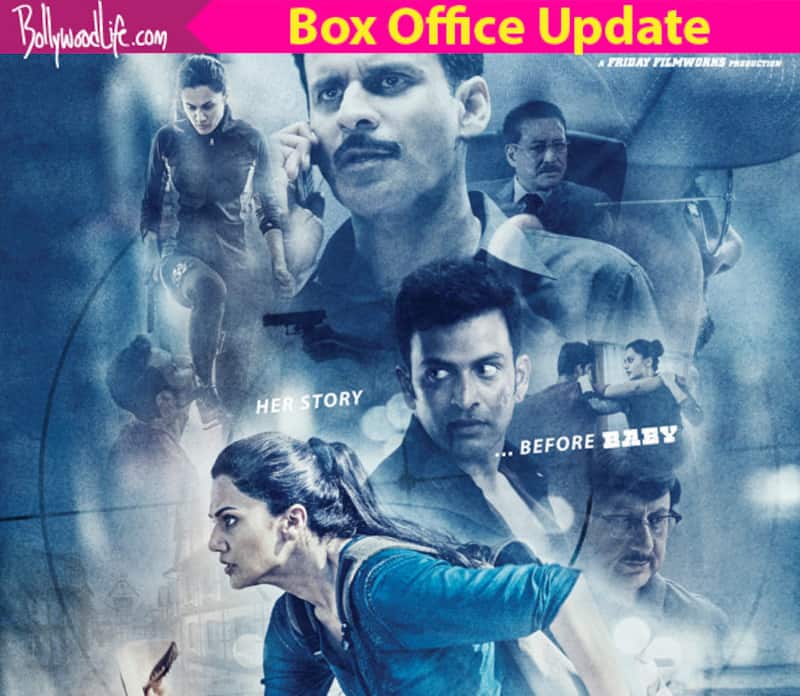 Despite having a strong star cast and almost no competition, Naam Shabana has still not been able to rake in the amount expected of it. The Akshay Kumar, Taapsee Pannu flick has earned Rs 32.55 crore in its second weekend. On it's tenth day, there has barely been any difference, with the film adding a mere Rs 5 crore more in it's box office collection. Perhaps the mixed reviews received by the film has affected the collection in a drastic manner. Trade analyst, Taran Adarsh, tweeted, "#NaamShabana collects ₹ 5.37 cr in Weekend 2... [Week 2] Fri 1.07 cr, Sat 1.88 cr, Sun 2.42 cr. Total: ₹ 32.55 cr. India biz." As you can see, despite entering its second weekend, there has hardly been a promising growth. Also Read - Trending Entertainment News Today: Shehnaaz Gill breaks silence on sudden exit from Salman Khan's film; Taapsee Pannu's scuffle with paparazzi and more

Perhaps the fact that SS Rajamouli and makers of Baahubali decided to release The Beginning on April 7, might have affected the growth of Naam Shabana. A lot of people have shown interest in the Tollywood film. However, considering how it released in select theatres only, is something that needs to be considered. Could it be that the audience wasn't impressed by the film or that the word-of-mouth wasn't favourable. Lately, a lot of films have been doing better at the box office because of good word-of-mouth. Also Read - Taapsee Pannu requests netizens to boycott her film Dobaaraa: 'I want to be in the same league as Aamir Khan and Akshay Kumar'

Critics have not been happy with what was offered to them by the makers. In his life, BollywoodLife critic, Sreeju Sudakaran wrote, "Naam Shabana is like two movies rolled into one. While the first half shows how Shabana gets into the secret service program, the second half focuses on the mission in Malaysia. This could not have been a bad thing if the second half hadn’t completely alienated the events of the first half, and even ignoring to some extent, Shabana herself. Akshay Kumar, who was supposed to be just a cameo, gets to do a lot more than ‘bahut door se aaya hoon, kuch toh karne do.” He gave the film 2 stars. At this pace, will it be able to reach the 50 crore mark?