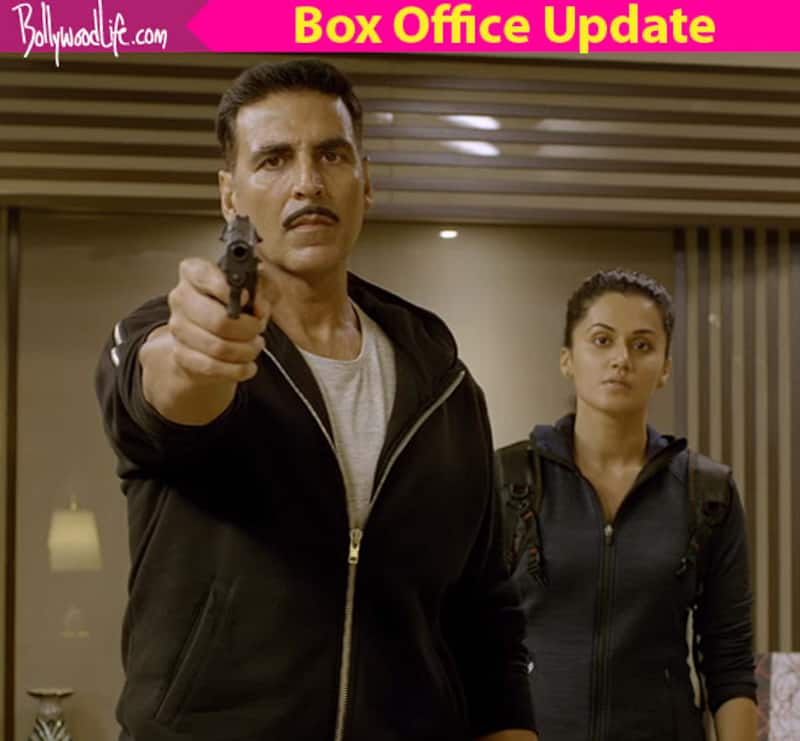 Before it had released, we had a lot of expectations from Naam Shabana, but it failed to live up to it. While we have to praise Akshay and Taapsee's performance, the execution and the confused story line did not impress the critics. Our reviewer, Sreeju Sudhakaran mentioned in his review, "Don't go into theatre expecting another quality movie like Baby." Popular film critic Anupama Chopra also panned the film, when she mentioned in her review, "Naam Shabana is convoluted, ill-logical and despite all the twists and turns, it is flat-out tedious." ALSO READ - 7 questions we are left asking after having watched Akshay Kumar and Taapsee Pannu's Naam Shabana Also Read - Dunki: Taapsee Pannu on pictures from the sets being leaked; REVEALS Shah Rukh Khan, Rajkumar Hirani’s shocking reaction

In the days to come, we expect the film to keep dipping slightly day-by-day and end the first week with a collection of Rs 30 crore. With no big release this Friday, we expect the film to extend its run till April 14 (when Begum Jaan releases). With no other option, people might choose to watch the movie again, which will help give it a boost over the second weekend. In its lifetime run, Naam Shabana will earn anywhere between Rs 40-50 crore. Also Read - Trending Entertainment News Today: Shehnaaz Gill breaks silence on sudden exit from Salman Khan's film; Taapsee Pannu's scuffle with paparazzi and more

Did you like Naam Shabana? Share with us your thoughts in the comments section below! Also stay tuned to BollywoodLife as we get you all the box office updates about the movie right here...