Anushka Sharma and Diljit Dosanjh's Phillauri collected Rs 22.68 crore at the end of the first week at the box office... 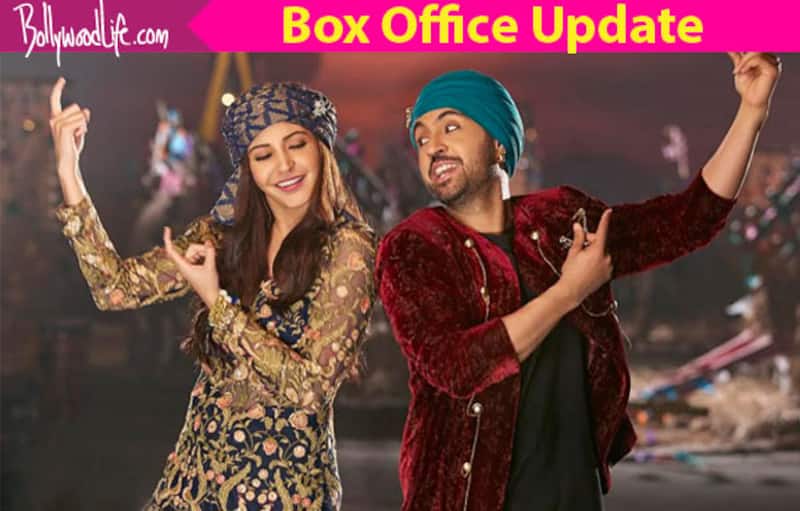 Anushka Sharma and Diljit Dosanjh's Phillauri has managed to maintain a strong hold at the box office since it released on March 24. The movie has been raking in the money steadily and on day 7, the movie collected another Rs 1.65 crore. This takes the total tally of Phillauri to Rs 22.68 crore. While many people will argue that this isn't such a huge number, we feel it is a decent number considering the niche release and low pre-release buzz. Talking about the detailed break up, trade analyst Taran Adarsh tweeted, "#Phillauri Fri 4.02 cr, Sat 5.20 cr, Sun 6.03 cr, Mon 2.02 cr, Tue 1.95 cr, Wed 1.81 cr, Thu 1.65 cr. Total: Rs 22.68 cr. India biz." Also Read - Taapsee Pannu to Kareena Kapoor Khan; celebs who insulted the paparazzi and indulged in heated arguments with them

Anushka, Diljit and Sunny (Sharma) have given some fantastic performances in Phillauri, but the story and execution let the film down. In fact, the critics and the audience aren't happy with the movie too. Our reviewer, Sreeju Sudhakaran mentioned in his review that the movie looked promising, but it ended up becoming hotchpotch by the end. Other top critics have also given mixed reviews to the movie. A few movie-goers even called it outright boring. So Phillauri earning Rs 22.68 crore in 7 days even after such reactions is really commendable. In fact, the numbers are really decent considering that it released in just 1000 screens. All this has been possible courtesy Diljit Dosanjh's popularity in the North. ALSO READ - Phillauri movie review: Anushka Sharma and Diljit Dosanjh's love saga gets mixed reactions from the critics Also Read - Dunki: Taapsee Pannu on pictures from the sets being leaked; REVEALS Shah Rukh Khan, Rajkumar Hirani’s shocking reaction

With Akshay Kumar and Taapsee Pannu's Naam Shabana taking over the box office from today, we expect Phillauri to see a further dip. From here on, Phillauri will earn small amounts at the box office and end up with a lifetime collection of Rs 25-30 crore. Anyway, stay tuned to BollywoodLife as we get you all the latest box office collections and gossip from B-town right here... Also Read - Trending Entertainment News Today: Shehnaaz Gill breaks silence on sudden exit from Salman Khan's film; Taapsee Pannu's scuffle with paparazzi and more