Rajinikanth features a mammoth seven times among the top ten highest grossing Tamil movies overseas while Thalapathy Vijay, Suriya and Chiyaan Vikram have one entry each 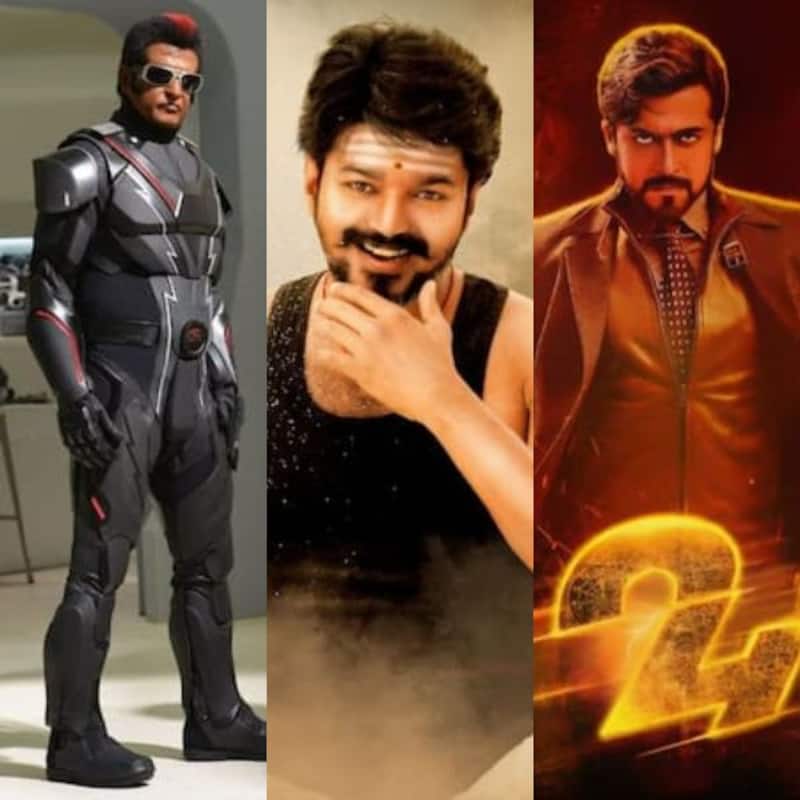 Names like Rajinikanth, Thalapathy Vijay, Suriya, Chiyaan Vikram are synonymous with massive blockbusters in the Tamil film industry, but did you know that the star power of these actors and their box office pull aren't restricted to local territories alone? And no, we aren't merely referring to how much their movies collect outside of Tamil Nadu, with boundaries being erased rapidly and Indian cinema now becoming more nationalised rather than the demarcations that existed previously between Bollywood and regional cinema. Also Read - Indian Idol 13: As Aditya Narayan returns as the host; here's a look at the times he talked about the REALITY of reality shows

This time, we're referring to overseas figures, or, more particularly in this case, the US box office which has been a growing market for South movies since the new millennium. While we're pretty familiar with or at least can easily get access to (for those outside of trade circles) to domestic numbers of Indian movies, even South films nowadays, which was earlier tough to ferret out other than producer figures, it's quite a different case for overseas digits. Also Read - Darlings honest review: Alia Bhatt hailed for powerful performance but fans are UPSET with her dark and edgy film for this reason

Now, we're not talking about the overall overseas figures of a particular movie, which is readily available in most cases, no, siree. We're harping on about the box office collection of specific territories abroad just as the trade sources collections from different territories back home to comprehend where a film has worked, where it hasn't, has it worked everywhere or nowhere. Today, we're specifically on the US box office. So, without further ado, here are the highest grossing Tamil movies at the US box office below: Also Read - Liger: Vijay Deverakonda's fans from Hyderabad are extremely upset with him due to THIS reason

Tamil actors who dominate at US box office

As evidenced above, Rajinikanth is not only the undisputed doyen through the annals of Tamil cinema, but his star power and box office pull resonates all the way to the US box office, with the first seven movies on the list belonging to him. Suriya, Thalapathy Vijay and Chiyaan Vikram round off the list at the eighth, ninth and tenth positions while Thalaivar reappears again at eleventh, and would no doubt have several more entries were we to extend the number of highest grossing Tamil movies in America to twenty or even thirty, such is his super-stardom.