Rani Mukerji's Hichki SHATTERS the lifetime business of these 6 films in just 4 days! 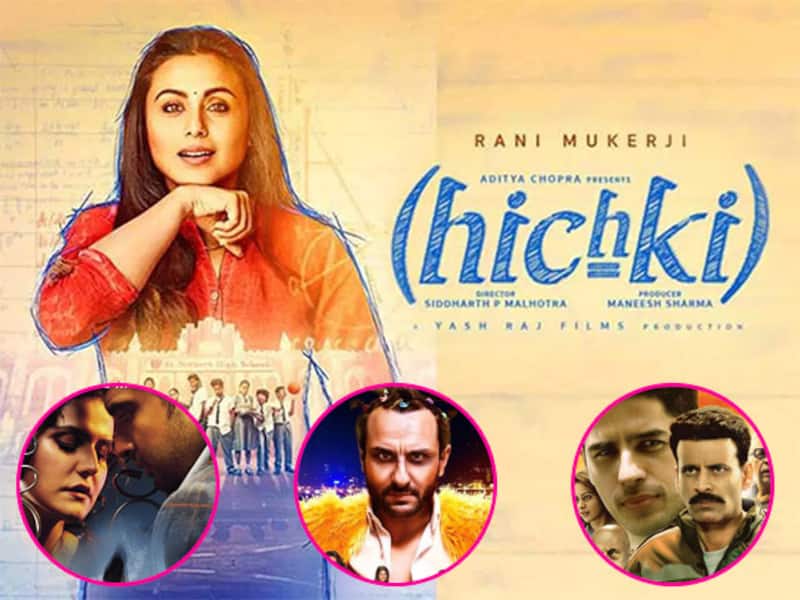 Rani Mukerji's comeback film Hichki is certainly turning out to be a profitable venture for the makers. Made on a reasonable budget of Rs 20 crore, including promotion and advertising costs, the drama film had recovered its complete investment through satellite, digital and other rights. Coming to its theatrical business, the film has raked in Rs 17.75 crore in just four days. The collections are good since Hichki has only received 961 screens. With this business, it has surpassed the lifetime collections of not one or two, but six Bollywood films of 2018, viz, Aiyaary, 1921, Mukkabaaz, Kaalakaandi, Welcome To New York and Dil Juunglee. Check out the stats below... Also Read - Kartik Aaryan, Aishwarya Rai Bachchan, Taapsee Pannu and more Bollywood stars who were shockingly replaced from movies

In the coming days, Hichki will soon surpass the business of Hate Story IV (Rs 22.04 crore) and Pari (Rs 28.65 crore). Interestingly, both the films have strong female characters. Talking about the film's plot, the story of the film revolves around Naina Mathur who has a nervous system disorder, Tourette Syndrome, that forces an individual to make involuntary repetitive movements or sounds.

Hey Ranveer Singh! Rani Mukerji is keen to work with you &#8211; watch video!

Also Read - From Katrina Kaif to Aishwarya Rai Bachchan: Actresses who got married after the 'ideal age' had passed
Advertisement

Despite having a niche appeal, the film performed well at the box office due to its strong content and amazing star performance. Even our critic Urmimala Banerjee gave the film three stars. “Hichki might be a tad predictable and not as emotional as a Taare Zameen Par but it is a very well-meaning film that has its heart in the right place. It is an insight into how a good teacher can make a difference for a lifetime,” she wrote. She also praised Rani’s performance and said, “Rani Mukerji breathes life into the role of Naina Mathur. She is first-rate throughout and we want to see more of her in films. The actress carries the film on her shoulders. She is sassy, free-spirited, non-judgmental and has the ability to laugh at herself.”

How did you like watching Rani Mukerji's Hichki? Share your thoughts in the comments section below and stay tuned for more...