Sanjay Dutt, Taapsee Pannu, Amitabh Bachchan and more Bollywood stars who CLASHED with themselves at the box office – here's how their movies performed

On rare occasions in Bollywood, films starring major stars like Sanjay Dutt, Taapsee Pannu, Amitabh Bachchan and more in big roles have clashed at the box office, and it rarely translates to both films working 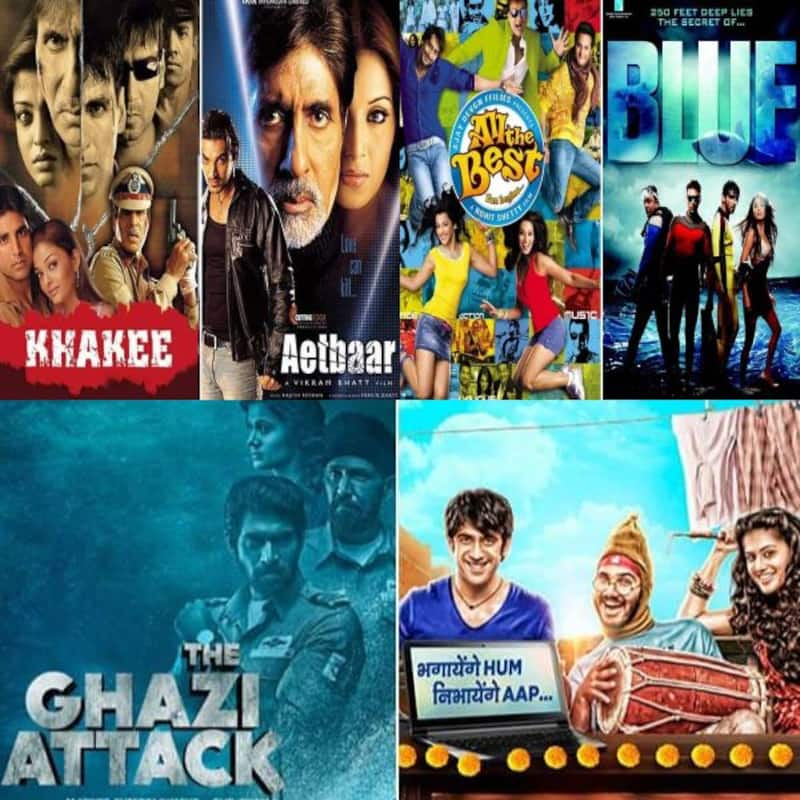 Once in a blue moon in Bollywood, one actor has two releases on the same day. It has happened on rare occasions in the past, and it rarely translates to both films working at the box office, sometimes, with each film even eating into the other’s business. We've got the entire list for you right here of the likes of Sanjay Dutt, Taapsee Pannu, Amitabh Bachchan and more Bollywood stars who clashed at the box office with their own films and how both movies ultimately fared (only actors in lead or major supporting roles have been considered)... Also Read - Bigg Boss 16: From Amitabh Bachchan to Salman Khan; check how much fees the hosts from each season were paid

Both The Ghazi Attack and Running Shaadi, starring Taapse Pannu, released on the same day and while the former was an average grosser, the latter tanked. While The Ghazi Attack managed to sail a bit with a box office collection of ₹20.30 crore nett to attain an average verdict, Running Shaadi sank without a trace, collecting an abysmal ₹0.96 crore nett. Also Read - Ekta Kapoor, Aryan Khan, Salman Khan and more celebs who were caught in legal trouble

Khakee worked, being declared a semi-hit with a collection of ₹25.79 crore nett, but Aetbaar, which released alongside it, was a critical and commercial disaster with just ₹4.25 crore nett. Amitabh Bachchan is also the only actor to appear twice on this list and the only one two find two of his film released simultaneously – Shootout at Lokhandwala and Cheeni Kum – work, both achieving semi-hit verdicts with collection of ₹29.72 crore nett and ₹17.30 crore nett respectively. Also Read - Sanjay Dutt to lock horns with Prabhas after Yash and Vijay but it's neither for Salaar nor Project K? [Deets Inside]

While Preity Zinta's Dil Chahata Hai did only average business at the box office on its way to ₹20.02 crore nett, it was a critical darling and a cult film today. On the other hand, nobody bothered with Yeh Raaste Hain Pyaar Ke then and also now, with the film churning a measly ₹7.76 crore nett.

Phir Hera Pheri was a superhit, turning over an excellent ₹40.81 crore nett at the box office. On the other hand, Chup Chup Ke, in which Suniel Shetty had a smaller, but pertinent role, managed to do average business, with a collection of ₹13.75 crore nett.

Both were Diwali releases, both had Sanjay Dutt in strong supporting parts, but while All the Best managed an above average verdict with ₹41.41 crore nett, Blue sank to the bottom after actually having taken a better start, ending up with ₹38.55 crore nett.