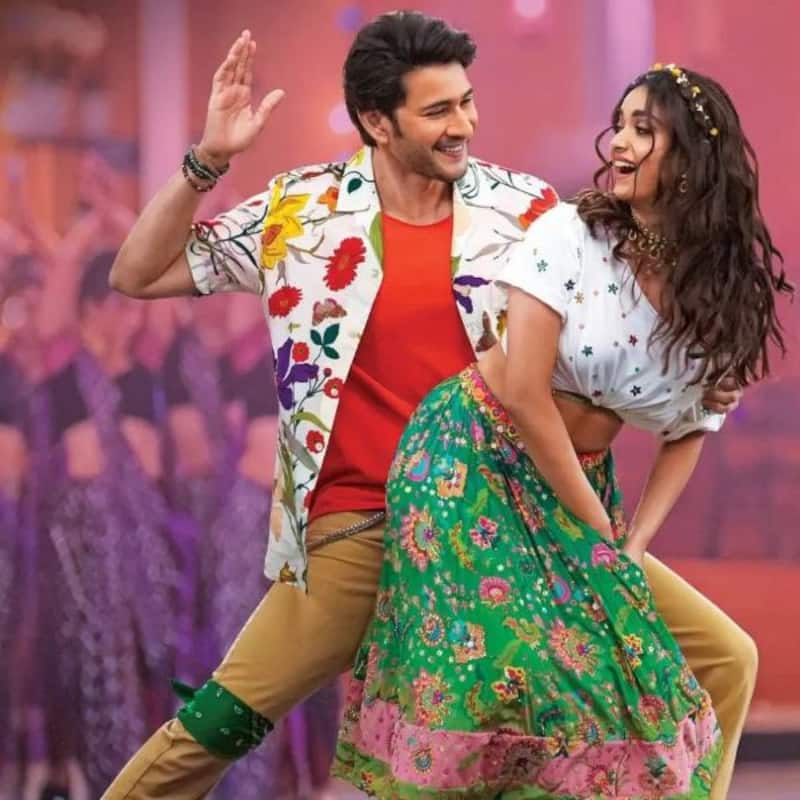 Sarkaru Vaari Paata has crashed ad burned on its first Monday with a paltry distributor share of ₹3.20 crore crore from its stronghold states of Andhra Pradesh and Telangana, with the Nizam territory taking the biggest hit, registering merely a share of ₹82 lakh. Comparatively, Sarkaru Vaari Paata has fared slightly better in Andhra on Monday, but still very poor with a huge 70% drop from Sunday. And if this is the situation for the Mahesh Babu and Keerthy Suresh starrer in its home states, then imagine how badly the film is doing in the rest of India and overseas. Also Read - Trending Hollywood News Today: Lindsay Lohan sparks marriage rumours; Jungkook and Charlie Puth in a BL relationship and more

Sarkaru Vaari Paata took a big opening at the box office; there's no two ways about that. However, there has some confusion going around about its actual figures. Sarkaru Vaari Paata producers claims it has opened at ₹75.21 crore gross worldwide, whereas reliable trade sources peg the day 1 figure at ₹63.70 crore gross worldwide. Then the day 2 figures of the Mahesh Babu and Keerthy Suresh starrer doing the rounds put the film over ₹100 crore gross worldwide. However, fresh reports doing the rounds again suggested that the producers have fudged figures on day 2, with it yet to go past ₹100 crore. And now, it seems the pattern is repeating on day 3, too. Also Read - Trending Entertainment News Today: Kaali's poster with a Goddess smoking draws flak, Top Bollywood actress having trouble adjusting with in-laws and more

As per reliable trade sources, Sarkaru Vaari Paata is yet to cross the ₹100 crore gross mark worldwide. In fact, some reports claim that the Mahesh Babu and Keerthy Suresh starrer, directed by Parasuram, had a pretty steep decline in its sophomore outing while other reports claims of some paid trade sources posting inflated figures of well above century. Also Read - Bigg Boss OTT 2: Ranveer Singh will NOT replace Karan Johar as the host of the web series of controversial reality show

#SarkaruVaariPaata : Pretty Ordinary 2nd Day even considering the weekday. But it is performing better than feared. Whether it will be enough is a question for Weekdays! pic.twitter.com/IXMUx9gN7r

Now there are figures circulating online, again by what's being claimed as paid sources, boasting of a huge boost for the film on its third day. Now, while the growth is there, other reliable trade sources believe it's only a wee bit, mostly in Nizam, while Andhra Pradesh is just holding at about the same level as day 2. On the other hand, the reports from more massy centres are again not that great, with some places even displaying another decline.

#SarkaruVaariPaata Day 3: Some Growth was seen in Nizam over Day 2 but AP has remained similar on Day 2 & 3. Mass Centres continued to remain weak. pic.twitter.com/R2BRl9TKY1

Check out the worldwide day-wise box office breakup of Sarkaru Vaari Paata below:

Is this Mahesh Babu's real reason of steering clear of Bollywood?

No wonder Mahesh Babu wants to steer clear of Bollywood because if this is true, then such dubiousness when it comes to the box office won't fly here as we've seen in the past how the trade and media vociferously unite to call out such alleged inflated, unethical collection. On the other hand, we never see the South media and trade, especially the those in Telugu film circles ever making a stand, allowing a free rein for producers in those territories. Is looks like Mahesh Babu is staying away from Bollywood for a reason best suited to him.