Aamir Khan and Zaira Wasim's Secret Superstar is set to break another record at the China box office! 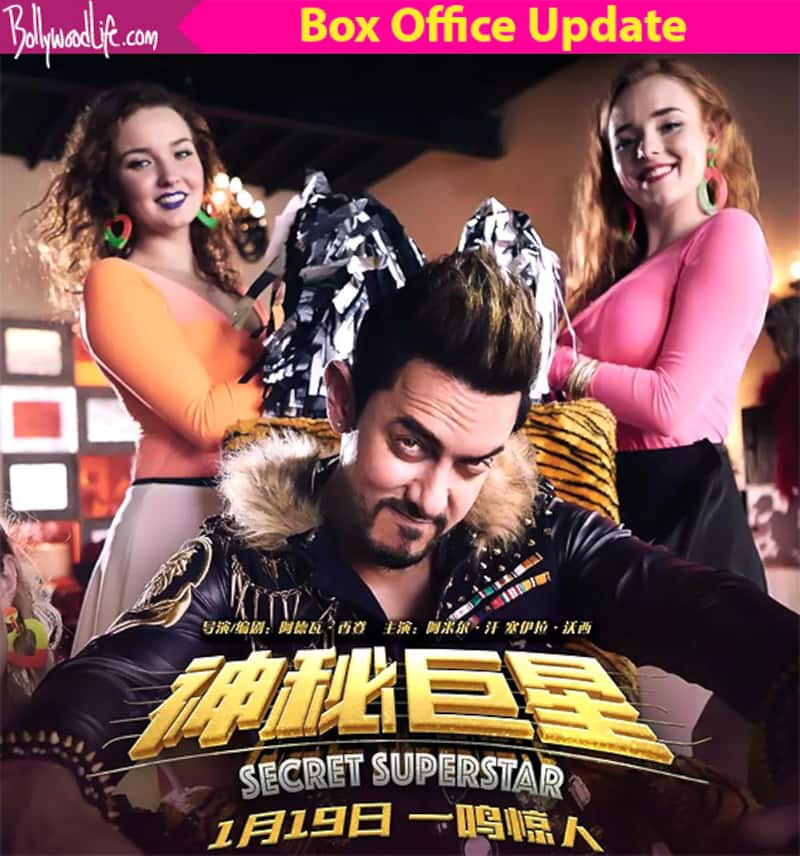 Aamir Khan and Zaira Wasim's Secret Superstar is rocking the Chinese market. The film released last week on January 19 and has been raking in large amounts of money at the China box office. On day 10 (second Sunday), the film crossed the Rs 400 crore mark and become the fastest Indian film to do so in the country. Secret Superstar has now raked in Rs 420.57 crore in ten days and will soon be entering the Rs 500 crore club. As trade analyst Taran Adarsh revealed on Twitter, "#SecretSuperstar is UNSTOPPABLE in China. Expected to cross Rs 500 crore in next few days. [Week 2] Fri $ 4.86 million. Sat $ 7.58 million. Sun $ 6.99 million. Total: $ 66.19 million [Rs 420.57 crore]." Also Read - Pathaan actor Shah Rukh Khan to Ayushmann Khurrana: Bollywood actors and their weird habits will make you go WTH

Secret Superstar has performed so well at the Chinese box office courtesy Aamir Khan's popularity in the country and the heartwarming message attached with the film. For those of you who don't know, Secret Superstar (Zaira Wasim) revolves around the life of a young Muslim girl who aspires to be a singer. How she goes undercover after her father disapproves of her passion and fulfils her dream forms the rest of the story. This plot has resonated with a lot of Chinese people and hence, it got good reviews and a tremendous word of mouth publicity. All this along with a decent screen space has helped the movie rake in the moolah. (ALSO READ - Aamir Khan's Secret Superstar BEATS Salman Khan's Tiger Zinda Hai to become the Biggest Worldwide Bollywood grosser of 2017) Also Read - Alia Bhatt to Shah Rukh Khan: Annual salaries of Bollywood celebs' bodyguards will leave you shell-shocked

Looking at the current trends, we feel Secret Superstar can easily rake in Rs 600 - 700 crore at the Chinese box office. Though it will not be able to beat Dangal's box office collection in the country (Rs 1200 crore plus), Secret Superstar has performed exceedingly well. What did you guys have to say about the film's record breaking run? Share with us your thoughts in the comments section below! Also stay tuned to BollywoodLife as we get you all the dope and updates about Secret Superstar right here. Also Read - Malaika Arora-Arbaaz Khan, Hrithik Roshan-Sussanne Khan and more Bollywood couples who remained good friends even after divorce