Shamshera took the best advance booking of 2022 after Bhool Bhulaiyaa 2, and the ticket sales of the Ranbir Kapoor, Sanjay DUtt and Vaani Kapoor starrer on the day of release also seem to be very good 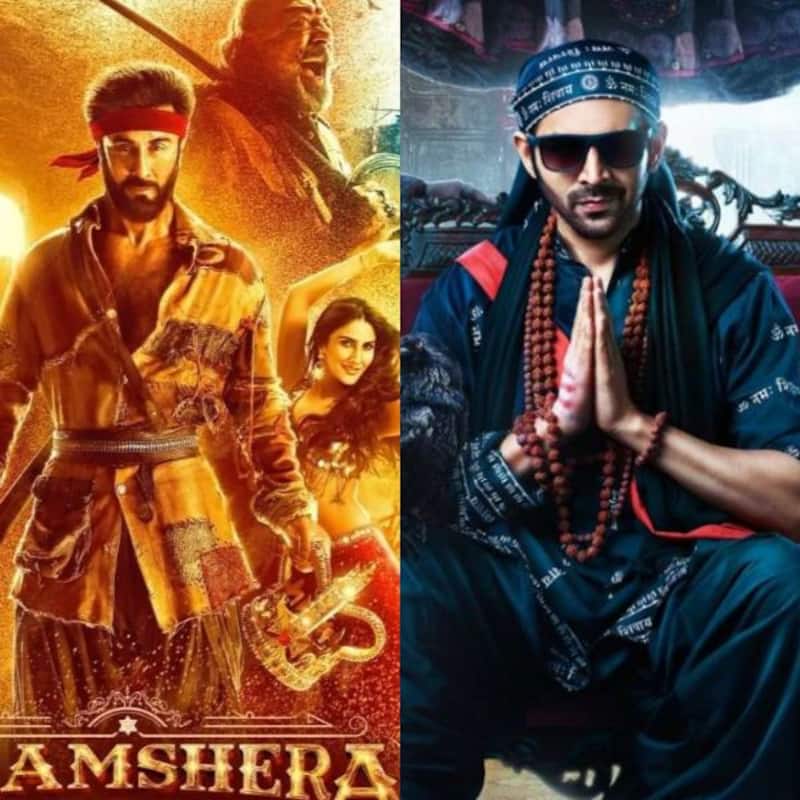 Shamshera has finally been released on the big screen, gunning to be the next big-screen masala entertainer. Directed by Karan Malhotra of Agneepath fame, Shamshera stars Ranbir Kapoor, Sanjay Dutt and Vaani Kapoor. It revolves around Shamshera/Balli, essayed by Ranbir Kapoor in his first double role as father and son, the messiah of his tribe, which is shunned by high-caste stooges of the British for belonging to the lower caste. The legacy and shame of the father cannot be shaken by the son as he rises once again for his people both against the British and corrupt Indian police officials like Daroga Shuddh Singh, played by Sanjay Dutt. Also Read - Raksha Bandhan 2022: Nia Sharma MASSIVELY TROLLED for tying rakhi to producer Siddharth P Malhotra in deep cleavage dress [View Pics and Comments]

As per tracking of tickets sales at major multiplex chains, Shamshera had taken the best advance booking of 2022 by far after Bhool Bhulaiyaa 2. The final advance figure was expected to fall behind the Kartik Aaryan starrer, but that's because several single screens didn't open their counters till the day of release. Nevertheless, for a big, commercial mass movie like Shamshera, most of the ticket sales were expected to come on the day 1 itself, as is wont for such films, and that's what happened with the movie expected to open between ₹12-13 crore nett at the box office. However, BB2's ₹14.11 crore nett opening record of 2022 for a Bollywood movie seems to be out of reach. Also Read - Karan Mehra-Nisha Rawal marital crisis: Did alleged beau Rohit Sathia's wife Nidhi have a showdown with the Lock Upp contestant? [Report]

BollywoodLife gave the movie 3 out of stars in its Shamshera review and wrote: “Shamshera has a very entertaining first half, capped off by a good interval block, but things dip in the second half only for proceedings to pick up again the climax, which is a major high point. Ranbir Kapoor completely nails it in his first double role, with both intensity and paisa-vasool mass heroism, while Sanjay Dutt is deliciously diabolical. Regardless of the highs and lows, those who love 60s, 70s, 80s dacoit curry westerns of Bollywood.” Also Read - Liger actress Ananya Panday flaunts her toned body in expectation vs reality post on Instagram; fans go gaga over her hot avatar [View Pics]

Shamshera also starse Ronit Roy and Saurabh Shukla, who are in fine form, but are a tad underutilised.