Most exhibitors both in single screens and multiplexes have revealed that Shamshera is all but out of all major screens, with John Abraham, Disha Patani, Arjun Kapoor and Tara Sutaria starrer Ek Villain Returns set to replace it in all the primetime shows 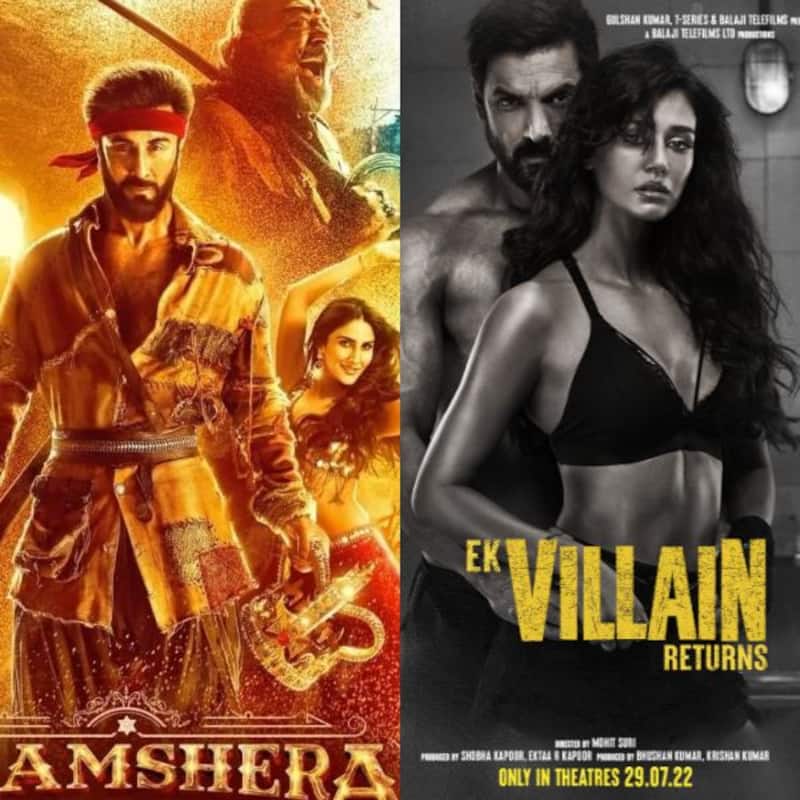 Shamshera which released in theatres on 22nd July, gunned to be the next big-screen masala entertainer from Bollywood, but failed to do so big time. Directed by Karan Malhotra of Agneepath fame, Shamshera stars Ranbir Kapoor, Sanjay Dutt and Vaani Kapoor. It revolves around Shamshera/Balli, essayed by Ranbir Kapoor in his first double role as father and son, the messiah of his tribe, which is shunned by high-caste stooges of the British for belonging to the lower caste. The film did manage some numbers, but they're quite below what was expected given the budget, scale and star cast. Also Read - Rana Daggubati deletes all Instagram posts on his second marriage anniversary; wife Miheeka Bajaj shares unseen pics

Ek Villain Returns to replace Shamshera in all prime shows

We spoke to entertainment news trade expert and exhibitor Vishek Chauhan who opined that Shamshera will fold for a lifetime collection of about ₹50-55 crore nett. Given the sorry state of affairs it's no surprise when we inquired with most other exhibitors both in single screens and multiplexes that Shamshera is all but out of all major screens, with John Abraham, Disha Patani, Arjun Kapoor and Tara Sutaria starrer Ek Villain Returns set to replace it in all the primetime shows. With no major Hollywood or South film up for release, too, Ek Villain 2 has pretty much an open road at the box office. Also Read - Laal Singh Chaddha box office collection day 1 prediction: Aamir Khan starrer set for DISASTROUS opening? Here's how the 'Boycott' trend will affect it [Exclusive]

So, what exactly ailed Shamshera at the box office as the movie is far from as bad as it's being made out to be. Vishek added, “They (YRF) tried to market Ranbir Kapoor in a new action-mass avatar, but that's not his image. Such a big bet on a historical epic shouldn't have been placed on a hero untested in that territory. It'd have been better if a contemporary action film with a smaller budget. Too much money was spent and the expectation was too high. The opening isn't bad, but it's looking so for the kind of budget at stake and the hype the movie arrived with.” Hopefully, Ranbir will bounce back soon. Also Read - Trending South News Today: 200 plus special shows of Pokiri on Mahesh Babu's birthday, Samantha Ruth Prabhu shares shocking deets about her struggling days and more