Sonakshi Sinha's Noor has a miserable start at the box office, fails to match up to the collections of Kangana Ranaut's Rangoon, Vidya Balan's Begum Jaan and Taapsee Pannu's Naam Shabana over the first weekend... 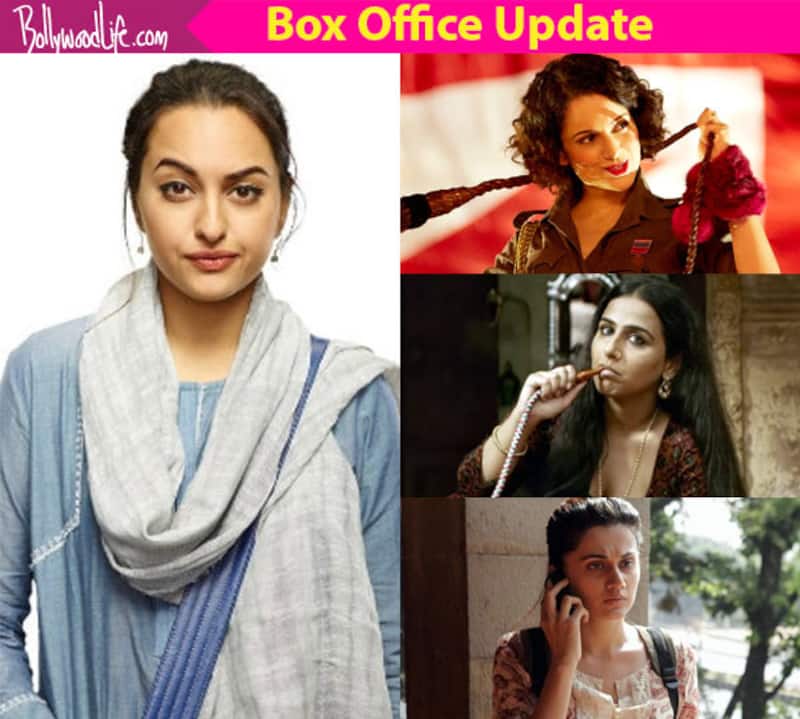 We revealed to you a while ago as to how Sonakshi Sinha's Noor performed miserably at the box office over the first weekend. The movie started off slowly and failed to grow, raking in just Rs 5.52 crore in three days. With 1450 screens, we expected the film to perform better than this. Trade expert, Akshaye Rathi (exhibitor and distributor), had also predicted that if Noor had good content, it would easily rake in Rs 12 crore over the first weekend. But the movie failed to live up to anyone's expectations. In fact, with such low figures, Noor has failed to beat the first weekend collections of female-oriented films like Kangana Ranaut's Rangoon, Vidya Balan's Begum Jaan and Taapsee Pannu's Naam Shabana. (ALSO READ - Noor box office collection day 3: Sonakshi Sinha's film has a miserable first weekend, earns Rs 5.52 crore) Also Read - Taapsee Pannu to Kareena Kapoor Khan; celebs who insulted the paparazzi and indulged in heated arguments with them

When you compare the first weekend collections of all these 4 movies, you will realise what we are talking about. We already told you how Noor has collected Rs 5.52 crore. On the other hand, Naam Shabana had netted Rs 18.76 crore, Rangoon netted Rs 14.50 crore and Begum Jaan had earned Rs 11.48 crore over the first weekend. This proved that these three are miles ahead of Noor. And with that, all the female-oriented releases so far have been disappointing affairs at the box office. With women-centric films like Haseena, Mom, Simran and a few others releasing this year, things aren't looking good. (ALSO READ - Noor movie review: Sonakshi Sinha strikes back with an endearing act in this feel-good entertainer) Also Read - Dunki: Taapsee Pannu on pictures from the sets being leaked; REVEALS Shah Rukh Khan, Rajkumar Hirani’s shocking reaction

However, we must add that all these films have failed due to poor content. In fact, Sonakshi Sinha's act in Noor and Kangana's performance in Rangoon were fantastic, but the shoddy storyline let them down. The mixed reviews by the critics as well as the public dented the films' prospects at the box office. So if the upcoming female-oriented films have good content, then surely they will perform well. Anyway, stay tuned to BollywoodLife as we get you all the box office updates about Noor right here... Also Read - Trending Entertainment News Today: Shehnaaz Gill breaks silence on sudden exit from Salman Khan's film; Taapsee Pannu's scuffle with paparazzi and more