After a dismal start at the box office, Taapsee Pannu and Akshay Kumar's Naam Shabana will rake in earn Rs 4 crore on day one... 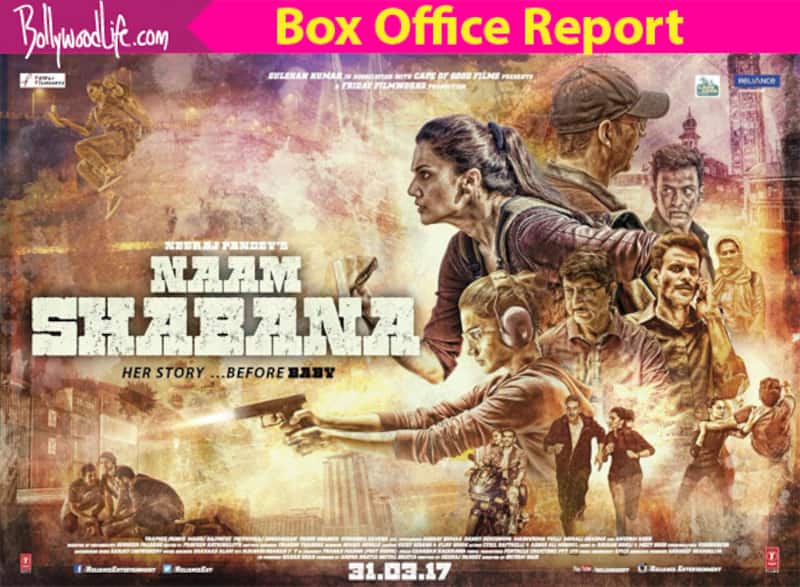 We revealed to you earlier in the day that Taapsee Pannu and Akshay Kumar's Naam Shabana had had a poor start at the box office. The film managed to register an occupancy of just 10-15 per cent across India during the early morning shows. While we hear that the occupancy has grown to 20-25 per cent during the evening shows, we don't think it is up to the expectations. With such a low occupancy, we don't think Naam Shabana will have a huge day one collection. From our reckoning, the movie will earn about Rs 3-5 crore at the box office. Also Read - Taapsee Pannu to Kareena Kapoor Khan; celebs who insulted the paparazzi and indulged in heated arguments with them

And looks like trade expert, Akshaye Rathi (exhibitor and distributor) agrees with the same. While predicting the first day collections of Naam Shabana, Akshaye says, "Naam Shabana should earn about Rs 3-4 crore on day one." Early reports suggested that movie was released in 1400 screens, but we can now confirm that the movie has actually managed to get 2100 screens. If it earns just Rs 4 crore from 2100 screens, it will be a disastrous opening for the film that has been promoted as the prequel to Baby. ALSO READ - Naam Shabana movie review: The Baby spin-off works only thanks to Taapsee Pannu and Akshay Kumar Also Read - Dunki: Taapsee Pannu on pictures from the sets being leaked; REVEALS Shah Rukh Khan, Rajkumar Hirani’s shocking reaction

With a landed cost of about Rs 35 crore (courtesy the international shoot and publicity and advertising costs), the makers might not be able to recover their money if the collections are so low. According to current trends, Akshaye suggests that the movie "will earn around Rs 12 crore over the first weekend." ALSO READ - Naam Shabana public review: Audience feels Taapse Pannu and Akshay Kumar's movie is SUPERB! Also Read - Trending Entertainment News Today: Shehnaaz Gill breaks silence on sudden exit from Salman Khan's film; Taapsee Pannu's scuffle with paparazzi and more

We can now only hope that a strong word-of-mouth publicity will help the movie grow over the weekend. People have been praising the performances of the star cast as well as the movie. So a decent buzz will build by tomorrow and that will help the film grow. With a superstar like Akshay Kumar in the movie, we are sure people will go to see the movie. The fact that there is no competition to the movie next week, will also help it rake in the moolah.

What is your take on Naam Shabana? Did you like it or not? Share your thoughts in the comments section below. Also check out this week's box office round up in the video above!