Taapsee Pannu and Akshay Kumar's Naam Shabana has a poor start; registers an occupancy of 15 per cent 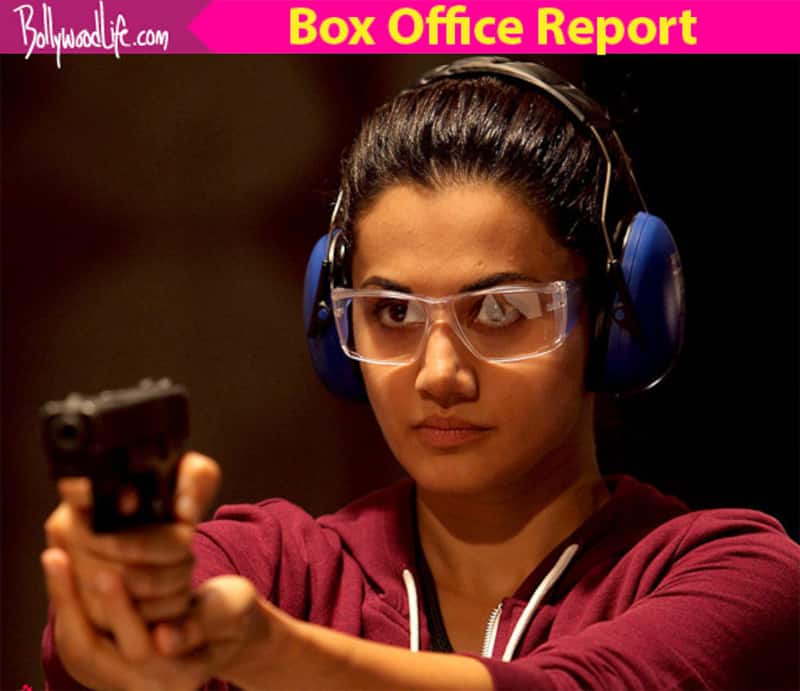 Taapsee Pannu and Akshay Kumar's Naam Shabana has hit the screens and while the movie looked fantastic on paper, it has actually had a dismal start. The movie has managed to register an occupancy of just 10-15 per cent across India, which is very disappointing to say the least. Being the prequel to a hit film like Baby and having a superstar like Akshay Kumar in the movie, we expected Naam Shabana to perform well at the box office. But looks like it hasn't started off as well as was expected. Also Read - Taapsee Pannu to Kareena Kapoor Khan; celebs who insulted the paparazzi and indulged in heated arguments with them

Talking about the opening occupancy of Naam Shabana, trade expert, Akshaye Rathi (exhibitor and distributor) analyses, "It has not been up to the mark. The film, during the morning shows, opened with an average occupancy of just 10-15 per cent across India." With a niche release in about 1300-1400 screen, we expected the movie to at least open with an occupancy of 40 per cent, however the movie could not live up to our expectations. ALSO READ - Naam Shabana movie review: The Baby spin-off works only thanks to Taapsee Pannu and Akshay Kumar Also Read - Dunki: Taapsee Pannu on pictures from the sets being leaked; REVEALS Shah Rukh Khan, Rajkumar Hirani’s shocking reaction

This might be because of the content of the movie. Our reviewer, Sreeju Sudhakaran mentioned in his review how Taapsee and Akshay's act was fabulous, but the movie did not live up to the hype. As he wrote, "Watch Naam Shabana purely for Taapsee Pannu’s fine performance and Akshay Kumar’s enjoyable cameo, and also if you loved Baby too much. Just don’t go into theatre expecting another quality stuff like Baby, even if the movie forces us to draw comparisons." ALSO READ - Naam Shabana movie review: Taapsee Pannu and Akshay Kumar get a thumbs up from critics Also Read - Trending Entertainment News Today: Shehnaaz Gill breaks silence on sudden exit from Salman Khan's film; Taapsee Pannu's scuffle with paparazzi and more

With Akshay Kumar in the movie and a decent word of mouth publicity, we expect the movie to grow during the evening shows. But this will all depend on how much the audience likes the movie. So stay tuned to BollywoodLife as we get you all the details about Naam Shabana right here...