Ajay Devgn is one of the rarest actors of B-Town, who is delivering consecutive successful films at the box office. 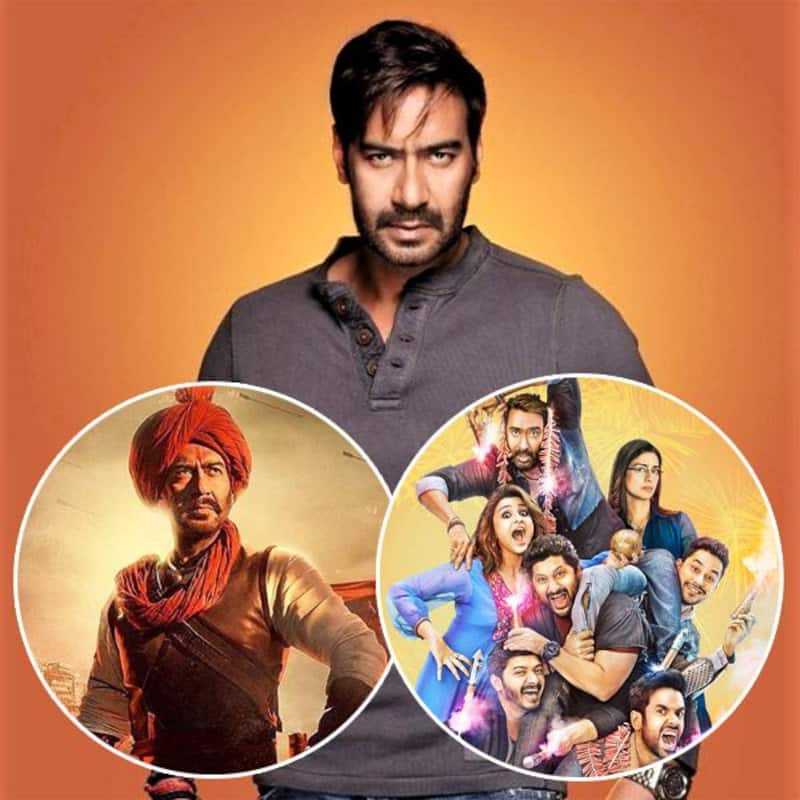 The Singham of Bollywood, Ajay Devgn is one of the rarest actors, who has been delivering back-to-back hits at the box office in recent times. While his 100th film Tanhaji turned out to be highest grosser of all-time, the versatile star has showed his box office power by emerging victorious multiple times despite his films clashing with biggies at the box office. So, here's the list of films, which prove that Ajay Devgn is the ultimate box office 'Clash King'. Also Read - Ahead of Ranveer Singh in Cirkus, list of Varun Dhawan, Kangana Ranaut and other actors who did double roles and their box office collections

Ajay Devgn's last release, Tanhaji, which was his 100th film, turned out be his biggest hit by collecting over Rs 280 crore at the box office. While the film continues to garner love from fans it had clashed with Deepika Padukone's Chhapaak at the ticket windows and had performed much stronger than the Meghna Gulzar directorial at the box office. Also Read - Kartik Aaryan has an epic reply when called 'a replacement star'; it'll win non-fans over

The third installment of the franchise had clashed with Akshay Kumar and Aishwarya Rai Bachchan's Action Replayy at the box office. While the latter failed at the ticket windows, Ajay Devgn's film entered the Rs 100 crore at the domestic market.

The Rohit Shetty directorial had locked horns with Salman Khan's Main Aur Mrs Khanna and Akshay Kumar's Blue at the box office and earned more than both the films at the ticket windows. Apart from Ajay Devgn, the film also featured Bipasha Basu, Fardeen Khan and Sanjay Dutt in key roles.

The multi-starrer film arrived along with Priyanka Chopra and Kangana Ranaut's Fashion at the box office. While the Madhur Bhandarkar directorial performed well at the box office, it was Golmaal Returns, who emerged victorious in this clash.