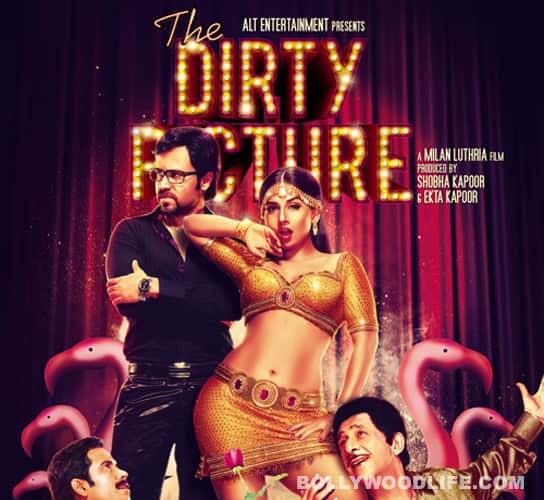 Maneesh Sharma, who came up with a surprise hit in the form of Band Baajaa Baaraat last year, disappoints with his latest con caper. The Vidya Balan starrer, on the other hand, gets one of the best opening weeks of all time

The Dirty Picture has proved that a woman-centric film can reap rewards at the box office if it’s entertaining enough! The Vidya Balan starrer, which grossed around Rs 48.25 crore in its first week (distributor share is approximately Rs 27.50 crore), has become a sure shot superhit. In fact, it has entered the list of the top ten weeks of all time, joining the Khan league of blockbusters like Bodyguard, Ra.One and 3 Idiots. No wonder Vidya Balan is being called 'the female Khan' now! She is the only female actor who has managed to challenge the BO earning of Shahrukh Khan, Aamir Khan and Salman Khan. Anyway, as the buzz about the film continued to get stronger in the second week, it ended up overshadowing Yash Raj Films’ Ranveer Singh-Anushka Sharma starrer Ladies Vs Ricky Bahl directed by Maneesh Sharma. While The Dirty Picture earned around Rs 17 crore in its second week, Ladies Vs Ricky Bahl had a mixed response on the first day. And while some multiplexes recorded collections below 50 per cent, some recorded around 60 per cent. The Maneesh Sharma film collected Rs 4.75 crore on Friday, Rs 5.50 crore on Saturday and Rs 6-6.25 crore nett approximately on Sunday. The fact that the film hasn’t received good reviews and is being dubbed as a non-entertainer hasn’t helped its business either. The film is all set to lose money. With Don 2 hitting the theatres on December 23, there is not much hope for Ladies now. Vidya Balan and Ekta Kapoor, on the other hand, are laughing away to the bank! Also Read - Here's why Nagarjuna became emotional for his son Naga Chaitanya when he hosted dinner for his Laal Singh Chaddha co-actor Aamir Khan