Tom Cruise starrer Top Gun Maverick is not the only the highest grossing movie of 2022, but also the only one this year to cross $1 billion, and the records keep tumbling as it has now surpassed a milestone that Titanic has held for a quarter of a century 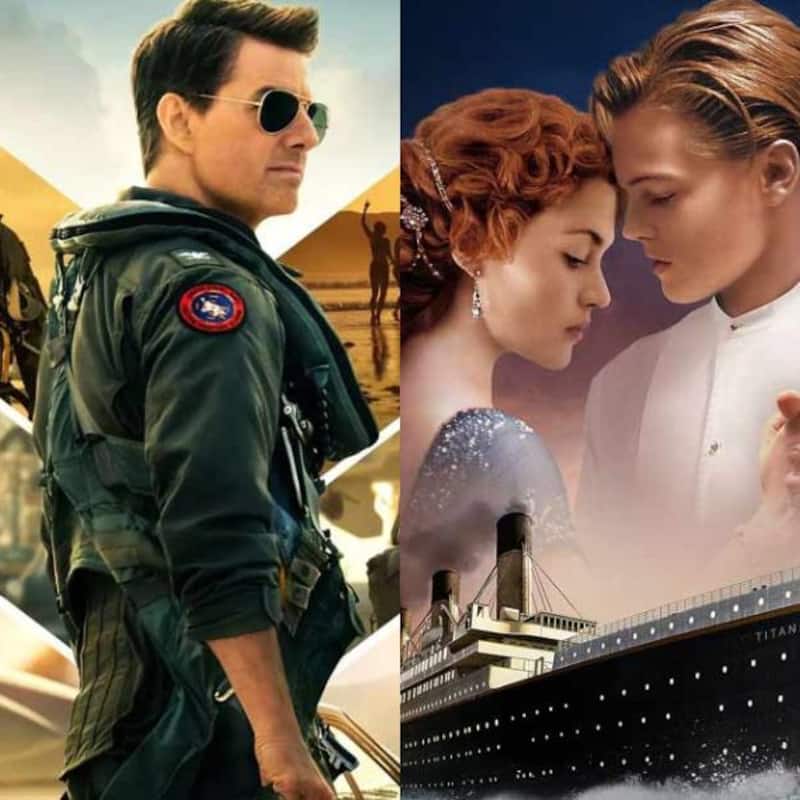 Top Gun Maverick had collected $124 million for its 3-day weekend in the US, way more than Tom Cruise's erstwhile biggest opening weekend record – 2005's War of the Worlds, which had made $64.80 million in the same time frame – and that number shoot up to $151 for the extended 4-day Memorial weekend, which was again a new milestone, beating the current record holder, Pirates of the Caribbean At World’s End. Later, Top Gun Maverick also became the highest grossing movie of 2022 and the only one to cross a $1 billion, and now, it has added another feather to its cap by breaking Titanic's 25-year-old box office record. Also Read - Trending Hollywood News Today: Dhanush joins Ryan Gosling in The Gray Man sequel, Alec Bladwin brutally trolled and more

For the past 25 years, Titanic has braved every iceberg to stand tall as Paramount's numero uno film at the domestic box office (US only), dating back to the time when the major Hollywood studio rolled out their very first venture 110 years ago. Well, Titanic's record of $600.7 million in the US has at last been felled by Tom Cruise starrer Top Gun Maverick, a sequel to his cult blockbuster that arrived no less than 36 years after the original to extreme skepticism, but has since silenced all naysayers with exceptional numbers. Top Gun 2 has minted $601.9 million so far in the US. Also Read - Rashami Desai is bold and beautiful in blue and these pics are proof

Paramount Studios over the moon with Top Gun 2's success

Marking the milestone in an official press release, Brian Robbins, President and CEO of Paramount Pictures said, “Top Gun: Maverick is a phenomenal motion picture, and we take deep pride in celebrating this tremendous achievement alongside Tom Cruise, our filmmakers and cast, our marketing and distribution teams, and, of course, all the new and original Top Gun fans, without whom this wouldn’t have been possible.” We wonder what box office record Top Gun - Maverick is going to topple next. Also Read - Laal Singh Chaddha: Director Advait Chandan makes SHOCKING claim about Aamir Khan starrer; says, 'People are being paid to troll'