Veere Di Wedding, Race 3: 5 films which scored low on IMDb but turned out to be box office winners

In the recent times, we have noticed that the parameter of any film's success is measured by its box office collections. While some movies work on star power, some perform on their relevant and powerful content. But we have seen many instances, where the film has been panned by critics but worked well at the ticket windows. Keeping aside a critic point of view IMDb (Internet Movie Database) is a place, where audience themselves give voting after watching a film. Logically, as a normal movie buff, we will definitely think that movie with a low score has definitely bombed at the box office, it has not been liked by the people but for you, we bring 5 Bollywood films who did amazing despite scoring low on IMDb. 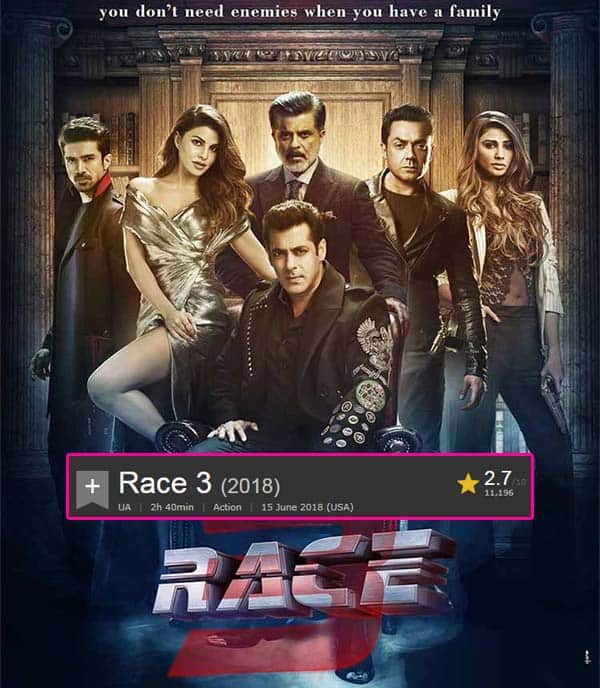 The latest and classic example of our topic is Salman Khan starrer Race 3. The stylish thriller which released last week has just scored 2.7 out to 10 and that too with over 11 thousand votes. Despite such a low rating, it has earned whopping Rs 150 crore in its opening week. Well, the collection says it all... Also Read - Will Arjun Kapoor and Malaika Arora star in a project together in the future? Here's what the Bhoot Police actor has to say [Exclusive] 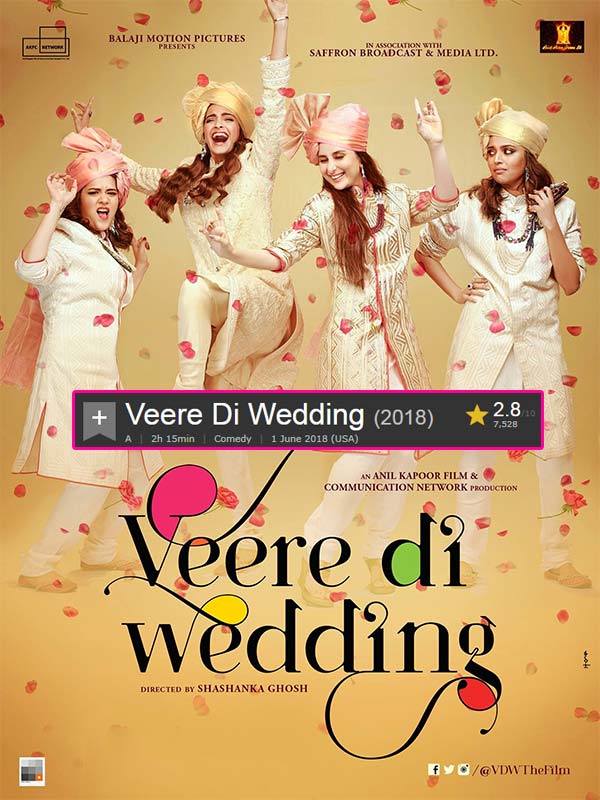 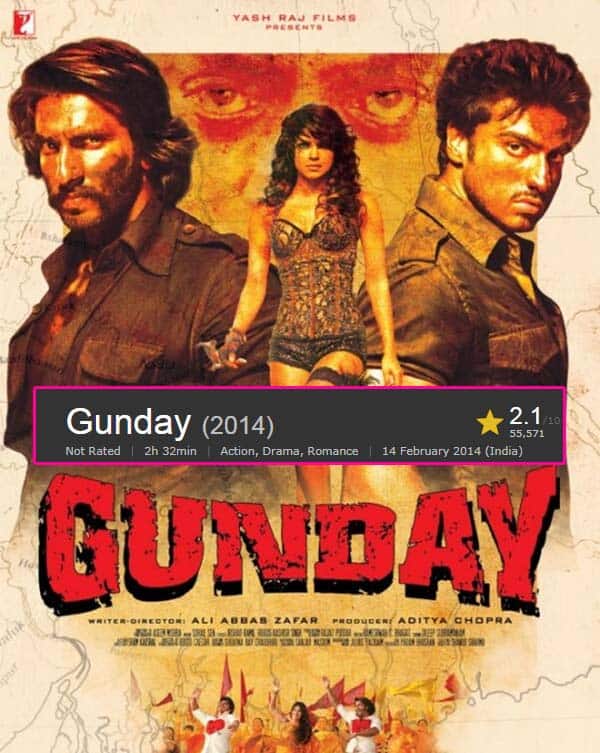 Ranveer Singh and Arjun Kapoor starrer Gunday is surprisingly one of the lowest rated films on IMDb. With over 55 thousand votes, the action drama has just scored 2.1 out of 10. The film was a decent entertainer and performed really well at the ticket windows. As per the sources, the film was backlashed by many Bangladeshi bloggers as they felt the film didn't portray the 1971 war properly, which resulted in the low rating of Gunday.

The third installment of Raaz franchise featuring Emraan Hashmi, Bipasha Basu and Esha Gupta turned out to be a huge profitable affair at the box office, in fact, it is still one of the biggest hits of Emraan's career with the business of over Rs 70 crore. Despite such a huge success, the horror stands with the rating of 4/10 with over three thousand votes. Well, we don't think, the rating matters for its makers as it was a huge box office success. 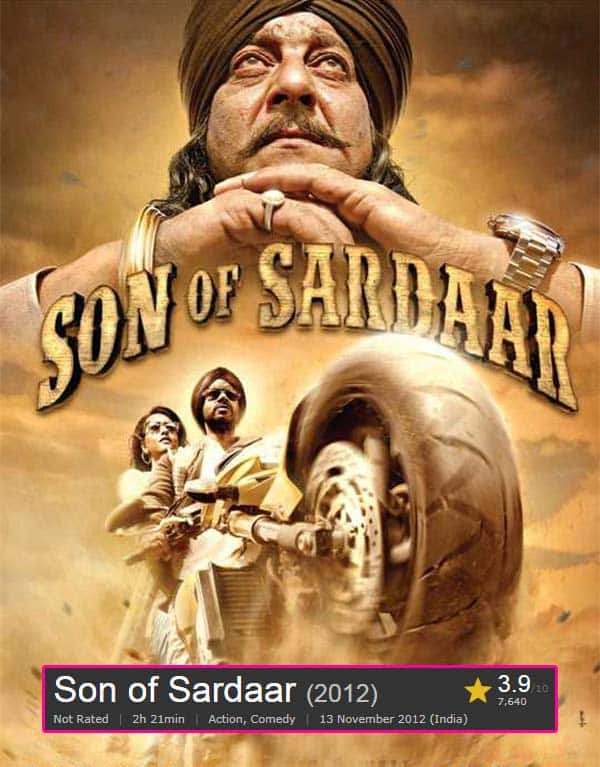 The Ajay Devgn and Sanjay Dutt starrer Son Of Sardaar was a no-brainer comedy film which entertained the audience and even entered the Rs 100 crore club at the box office. But if you look at the score of this comic flick, you'll be surprised as it only got 3.9 out of 10 with over seven and a half thousand votes.