The Navratri festivities seem to have affected the Vikram Vedha box office collection day 1 somewhat, but that's only a part of the problem as the film seems to be tracking like Shamshera across India, which is a worrying sign 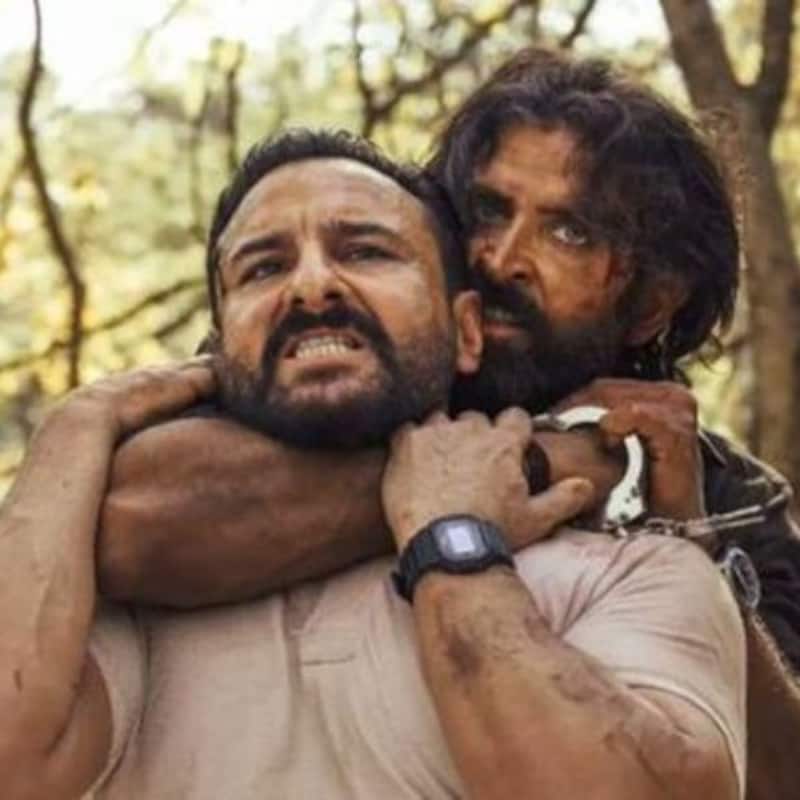 The new Bollywood film this week, Vikram Vedhaa, has not begun on an auspicious note at the box office. The Hrithik Roshan and Saif Ali Khan starrer, directed by Pushkar Gayahtri, who had also helmed the original Vikram Vedha in Tamil, saw low occupancy of just 15-20% right from the morning shows itself and failed to get the necessary boost toward the evening and night shows to end on a note more in line with what the trade and industry was hoping for. The Vikram Vedha box office collection day 1 has maanged a double-digit opening, but barely so, and will now need huge jumps over the weekend. Also Read - Hrithik Roshan and Saba Azad to move in together: Vikram Vedha actor REACTS

The trade was hoping that Vikram Vedha would open at a minimum of ₹14-15 crore nett opening for it to grow steadily over the weekend and have chance of being another rare hit of the Hindi film industry this year. However, troublesome signs began from the morning itself after Hrithik Roshan and Saif Ali Khan starrer, post which all eyes were on the film to pick up in the evening and night shows if it had any chance to sustain in the long run. Alas, it was not to be as the much-needed push failed to come. Also Read - Radhika Apte expresses unhappiness with her small role in Vikram Vedha: I did the film as I wanted to work with...

Vikram Vedha has collected just ₹10.45 crore nett on day 1, way below the desired result, and the going will be very tough from here on out. Certain multiplexes in bigger centres have fared decently, but overall, the opening is way below par, particularly in mass pockets. The opening is similar to that of Shamshera and Samrat Prithviraj and in fact, it fared worse than the former did on day 1 in important markets like Gujarat and Maharashta. Still, with the film trending a bit better than the other two in bigger multiplexes, there's a slim chance of it picking up better than they did in the coming days. Also Read - Hrithik Roshan's post on brain focusing on 'NEGATIVE' after Vikram Vedha box office failure leaves fans wondering and worried