Vikram Vedha again got a minor boost on Sunday at the box office, but the major jump is not only missing, but mass pockets also continue to remain flat. The Hrithik Roshan and Saif Ali Khan starrer needs very strong holds through the rest of the week to sustain. 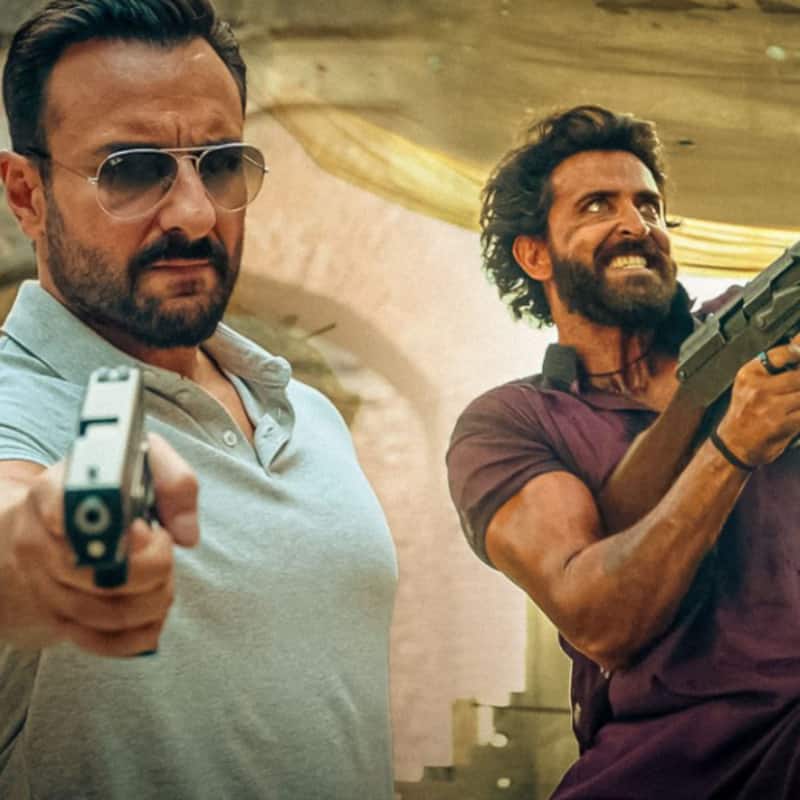 The recent Bollywood release, Vikram Vedha, saw another moderate boost on Sunday, day 3, just like it had on Saturday, day 2, both of which were much needed after an underwhelming opening day at the box office, where the film merely collected ₹10.45 crore nett. That being said, the Hrithik Roshan and Saif Ali Khan starrer, directed by Pushkar Gayahtri, who had also helmed the original Vikram Vedha in Tamil, ideally should've had an even bigger jump as it'll now need supremely strong holds from Monday onward if it has any hope of sustaining in the long run. It's also worrying that Vikram Vedha box office collection is not picking up at all in mass pockets. Also Read - Hrithik Roshan and Saba Azad to move in together: Vikram Vedha actor REACTS

Vikram Vedha managed a jump of 20% on Sunday, day 3. It actually needed a minimum 30-35% jump given its low start, but that big boost is just not coming as on Saturday, day 2, too, it grew by 25%. The major issue is that mass pockets everywhere continue to remain flat, which is a very worrying sign, and in the big multiplexes at A centres, where the jumps are coming from, they're not as huge so as to compensate for the lack of growth elsewhere. The Hrithik Roshan and Saif Ali Khan starrer now needs to hold better than even Brahmastra did in the weekdays. Also Read - Radhika Apte expresses unhappiness with her small role in Vikram Vedha: I did the film as I wanted to work with...

Vikram Vedha has collected ₹15.72 crore nett on day 3, which is at least ₹2-3 crore less than what it should've made even in a less-than-ideal scenario., taking its opening weekend total to ₹39.27 crore nett. The Vikram Vedha box office collection will need to hold at exemplary levels beginning Monday right till Friday if it harbors any desire to even sneak in as a moderate grosser by the end of its run.