Vikram Vedha has a normal 42% drop on its first Monday vis-a-vis its Friday collection, giving it some hope in the long run, but the lukewarm weekend meant that it ideally should've dropped not more than 30-35% 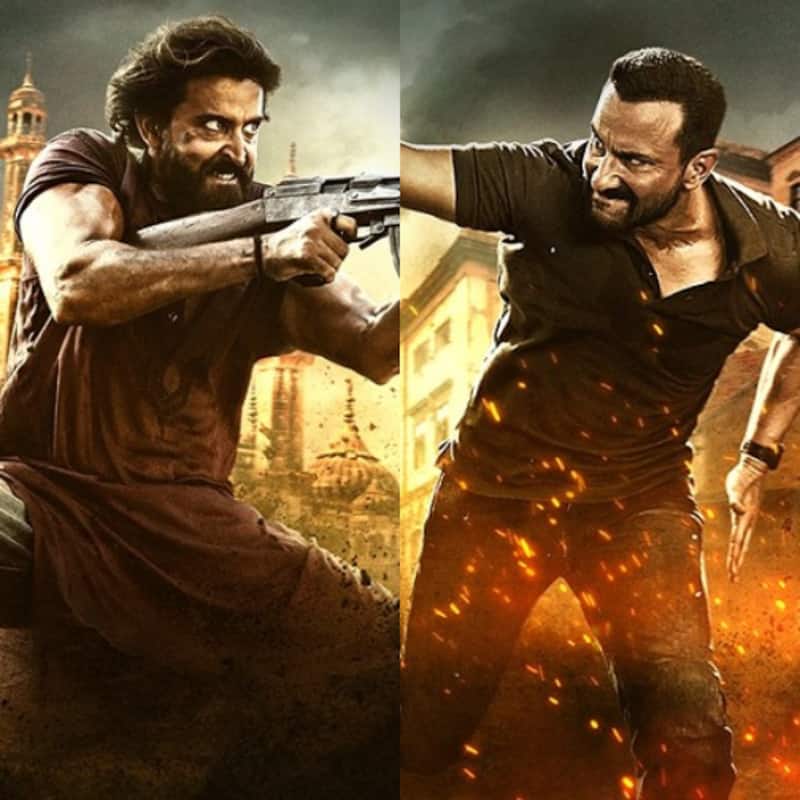 New Bollywood movie Vikram Vedha has had a pretty decent hold at the box office on Monday, day 4, which was imperative as the film now has a slight chance of sustaining in the long run. Ideally, after a low opening and below-par growth over the weekend, the Hrithik Roshan and Saif Ali Khan starrer, directed by Pushkar Gayahtri, who had also helmed the original Vikram Vedha in Tamil, should've had no more than a 30-35% drop on Monday vis-a-vis Friday, but even a 42% drop for the Vikram Vedha box office collection day 4 shows a glimmper of promise going forward, provided it holds very well for the rest of the week till it second Friday. Also Read - Hrithik Roshan and Saba Azad to move in together: Vikram Vedha actor REACTS

As mentioned above, Vikram Vedha mustered a drop of of 42% on Monday, day 4, while it needed to be no more than 30-35% to compensate for a subpar weekend, where the film admittedly never fell flat on any Friday, Saturday or Sunday, but never boasted the sort of growth either that sets movies on a sure-shot conducive run in theatres. The major issue is that mass pockets seem pretty disinterested in turning up for the Hrithik Roshan and Saif Ali Khan starrer, while even in the big multiplexes at A centres, where the jumps occurred, they weren't large enough to make up for the poor growth in tier 2 and 3 markets. Also Read - Radhika Apte expresses unhappiness with her small role in Vikram Vedha: I did the film as I wanted to work with...

Vikram Vedha has collected ₹6.07 crore nett on day 4, taking its 4-day total at the box office to ₹45.34 crore nett – easily ₹15-20 crore less than what it should've made till this point. The Vikram Vedha box office collection is hanging in there, but by the barest of margins.