Anurag Kashyap: I want to work with Shahrukh and Hrithik 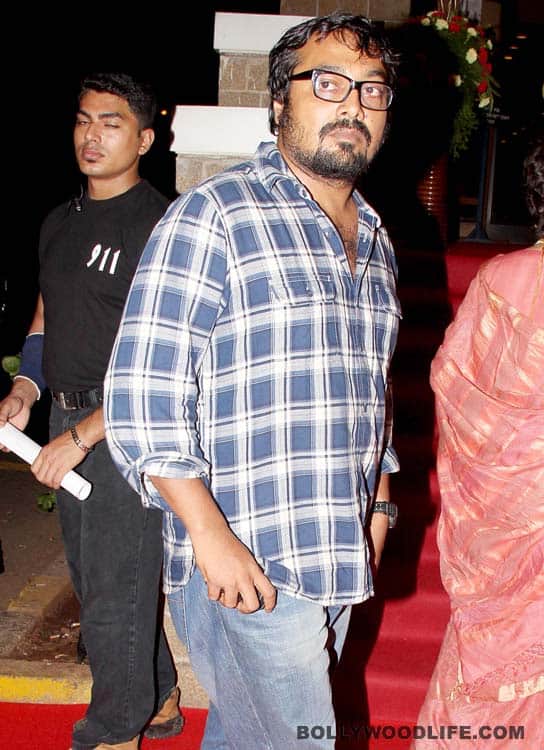 Director-producer Anurag Kashyap is known for making small-budget films with newcomers or small time actors. Now the writer wishes to work with stars

"I've known Shahrukh Khan for a very long time. Longer than anyone. We are from the same college and we also played for the same hockey team, but we have never worked together. I want to work with him. I want to work with Ranbir Kapoor, with Hrithik Roshan," says the 39-year-old filmmaker.He has so far made films like Black Friday, Dev.D, Gulaal and Udaan. Now Kashyap is looking for exciting ideas before approaching big names in filmdom. "I really wanted to work with Amitabh Bachchan, but it has to be one thing he is excited by. If I meet him, it does not mean that I am doing a film with him. I am trying to figure out what can I pitch to anyone so that they get excited and make a film," he said. Also Read - Rani Mukerji birthday special: Most memorable songs numbers of the eternal beauty – Watch videos!

"I really want to make a big film but the other party should also be excited. So, let me first propose an idea," added the filmmaker whose production venture Shaitan was appreciated by the audience this year. Meanwhile, Kashyap is busy filming thriller, Ugly, which has Rahul Bhatt, Ronit Roy and Tejaswini Kolhapure. He is also working on Gangs of Wasseypur and is co-producing Rani Mukerji and Prithviraj starrer Aiyaa. Also Read - Rani Mukerji birthday special: Most memorable songs numbers of the eternal beauty - Watch videos!