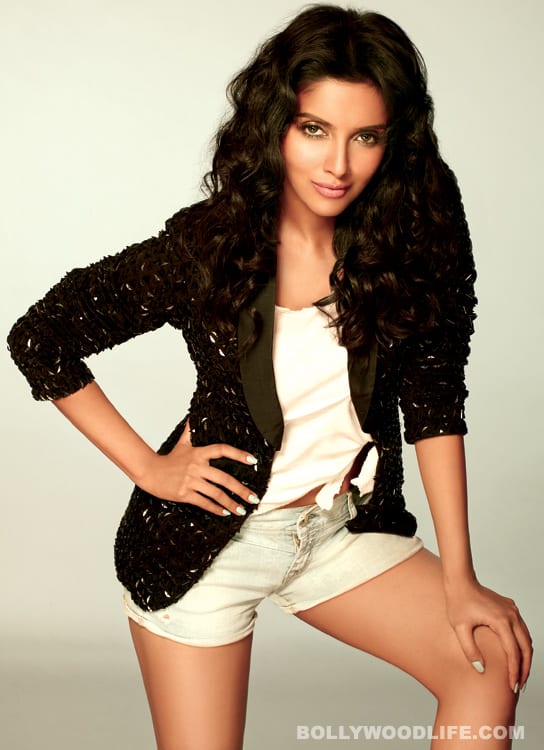 The Housefull 2 actor spoke of her experience of working with her Ready co-star and with Bollywood’s Mr Perfectionist, Aamir Khan. She also spoke about the fun the team had shooting with the Sr Kapoors

Being a B-town girl isn’t easy, especially if you don’t have a mentor, but Asin Thottumkal, who has already worked with the biggest names of Bollywood, says that she is happy with the kind of films that she is doing and that she is in no rush to prove a point to anyone. Also Read - Here's why Nagarjuna became emotional for his son Naga Chaitanya when he hosted dinner for his Laal Singh Chaddha co-actor Aamir Khan

Were you not worried about being in a multi-starrer? Also Read - Trending South News Today: Naga Chaitanya breaks his silence on divorce rumours with Samantha Ruth Prabhu, Malayalam superhero film Minnal Murali’s release date out and more

Not really, as I was told exactly what I am getting into when Sajid narrated the script to me. As I had not done a multi-starrer and a comedy film before, I took it as a challenge and I am happy with the way the film has worked out. Also Read - Samantha Ruth Prabhu-Naga Chaitanya: Laal Singh Chaddha actor reveals how Aamir Khan extended his support amid divorce rumours

With so many girls in the house, were there any cat fights?

Actually, no, we got along really well. I and Jacqueline shot together for a long time and because we are playing the role of sisters in Housefull 2, we bonded very well and are good friends. Even Shazahn Padamsee and Zarine Khan are dear friends now. We have formed a girl gang and we are connected with each other on our Blackberry phones. I call it ‘GG on BB’. The kind of effort we girls have to put in to look good and be presentable - I call them my ‘co-sympathisers’!

You are paired with Akshay Kumar for the first time and he is notorious as a prankster. Did you fall victim to any of his pranks?

(Laughs) No pranks, but we generally had good fun together. The best thing about Akshay is that he is a morning person and so am I. We would play games when we weren’t shooting and Akshay, along with Riteish (Deshmukh), would cheat me each time.

The biggest challenge with Sajid is that he starts laughing while shooting scenes. We as actors anyway have trouble keeping a straight face while doing funny scenes and then Sajid would break into laughter and make things worse for us. That apart, he doesn’t say ‘cut’ after the scene ends. He is so immersed in the scene that the actors are left wondering what to do. At a personal level, he was very protective of us girls. He would ensure that we’ve eaten well and are being taken care of.

What was the experience of working with the senior Kapoor brothers like?

Chintuji (Rishi Kapoor) and Dabbooji (Randhir Kapoor) play mine and Jacqueline’s fathers respectively and that is exactly how they treated us while we were shooting. They shared anecdotes, took care of us, ensured that we ate on time…and the Punjabi food was awesome!

When I first came to Bollywood (in Ghajini) I didn’t spend much time fussing over how I looked, but when the publicity campaign began and I saw the kind of attention that was showered on me - that too at a national level - I was taken aback. Even when I was doing Ready I was very laidback and usually chilling. After Ready became a blockbuster hit, I got to read a lot about myself in various magazines and tabloids. I was being dissected under a microscope and I felt that I had to be more conscious about how I carry myself. Down South, only our films would be discussed by people, not us as individuals; in Bollywood it is the other way around. So I decided that I will be more responsible about the way I look and that’s what you have noticed.

Aamir Khan and Salman Khan - who was more challenging to work with?

Aamir talks about the scenes with his co-stars and the director. His approach is meticulous and he is not called Mr Perfectionist for nothing. Salman, on the other hand, is about spontaneity. I remember we were shooting a scene for Ready where everyone was sitting around a dining table and we were sitting there with our lines prepared. Salman suddenly got up from the chair, started walking around the table and sang a song. The shot was being taken and for a moment we were left wondering what just struck us, but then we played on. It is a challenge to keep pace with Salman.

Any film with Shahrukh Khan in the pipeline?

It would be great to work with him, if the opportunity does come. Only thing is, I cannot go around plotting and scheming to get work. I don’t have any kind of pressure to go out of my way to bag an assignment. I don’t have a family to take care of, and I am the only daughter; hence there is no pressure whatsoever. I have been very choosy about the films I do. I could have easily signed a dozen films after the success of Ghajini, but I didn’t. I work at my own pace and do films that excite me with people who are nice.

Would you have been able to do what Vidya Balan did with The Dirty Picture?

No. It is totally out of my comfort zone. As an actor I have set some boundaries for myself and The Dirty Picture was outside those. The physicality and the mental space of the character were too taxing and I would have had to put on 13 kilos! I am happy in the space that I am in right now. I like to do big commercial films, as it gets me a bigger audience.

Your fans in the South miss you….

I miss them too! The thing is that I have already done all there was to do in the South. I did not want to get repetitive, so I chose to do Hindi films. Having said that, let me add: I am open to doing films in any language. I want to be an Indian film actor.

Jacqueline Fernandez: I have no mentor in Bollywood!