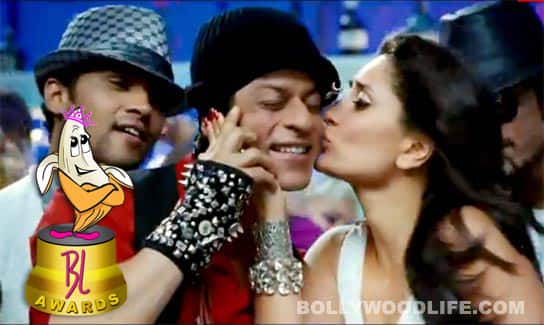 Also Read - Throwback: When Tiger Shroff spoke about the ‘worst’ phase of his life and revealed he had to sleep on the floor

The BollywoodLife Awards 2011 results are out! Click to know the winners

So, which film song of 2011 had the most bizarre lyrics? Bhaag DK Bose? You're wrong. It's Criminal from RA.One that has our readers intrigued. Initially when we were monitoring the results a few days after the nominations were out, it seemed as if Bhaag DK Bose from Delhi Belly would be a definite winner. But as more people exercised their vote, Criminal took over quite surprisingly - with 50.07% of the total votes. Bhaag DK Bose stood at 36.66% votes when polling closed. It was uncanny to see songs from the films of Aamir Khan and Shahrukh Khan - also their home productions - compete for something as bizarre an award as Bizarre Lyrics! Deepika Padukone's item song Mit jaaye gham from Dum Maaro Dum got 8.84% votes, while the Kutta song from Pyaar Ka Punchnama got 4.42% votes. Total votes were 701. Also Read - Trending Entertainment News Today – Emraan Hashmi's entry sequence in Tiger 3 to cost a bomb; Will Pawandeep Rajan get eliminated this week from Indian Idol 12?

Disclaimer: The imaging has been done for representation purpose with no mala fide intention. Also Read - Aamir Khan's daughter Ira Khan reveals she got a sex-ed book from her mom after she hit puberty

Will Shahrukh Khan quit smoking for his daughter?