Let these B-town celebrities teach you how to pedal your way through this!

The entire nation is grappling with the hike in fuel prices as we speak. If you haven't seen it flashing on your news channels already, reports suggests, that the oil pinch has marked rise in both petrol and diesel prices being by 14 paise a litre. In Delhi, a litre of petrol will now cost you Rs 80.87 and diesel Rs 72.97, while in Mumbai petrol and diesel have touched new highs of Rs 88.26 and Rs 77.47 per litre, respectively. But that's the problem we all gotta fight. But you're confused as to how, let these B-town celebrities teach you the way out of this.

Now, long-term or short term, one of the viable and most eco-friendly way to beat the biting pockets is to cycle. And don't worry because inspiration is in galore. Thanks to our favourite stars who have time and again shown us the path with pedaling. From Akshay Kumar to Farhan Akhtar, here are the ones who have set an example for us to follow.

Coincidentally shooting today in the same country we got our freedom from...it's a liberating feeling to say the least!#HappyIndependenceDay ? P.S. Please don't try this stunt at home or anywhere.

Probably the most fittest actor of his generation, Akshay aka the Khiladi has never shied away from taking the path less taken and you can see how.

Salman has literally put his money where his mouth is, case in point, Being Human e-cycles that helps propagate the message of a cleaner and greener globe. 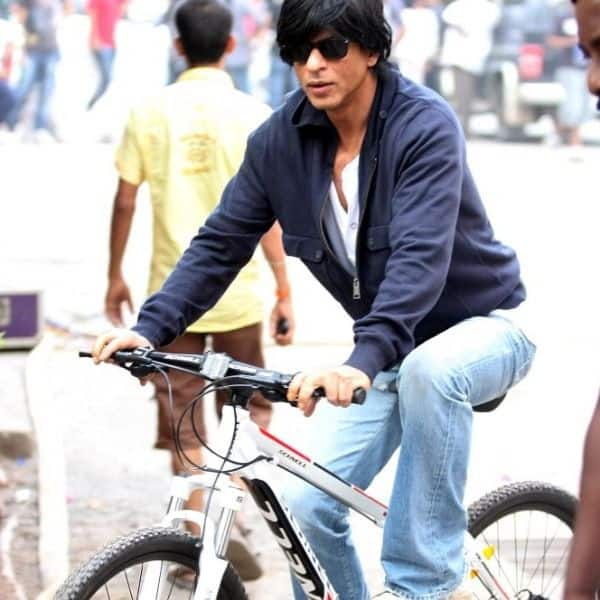 Whatever SRK does, never goes sidelined. And we are glad he takes his cycle for a spin often, encouraging others to so.

If you follow Farhan on Instagram, you'd know that he believes in the mantra of 'pedal (not the Hindi word but English) Jayengey' and we're a fan. #Cycos and more, we love how he explores the outdoors the right way.

Even Raveena took to Twitter recently to share her snap on a cycle and do her bit in promoting the conservation of resources. And needless to say, it has started a 'peaceful protest' to fight fuel hike and hey, where can we sign up?