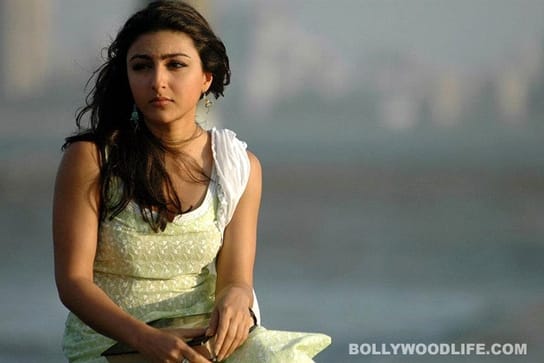 The film is a masterstroke by director Rajshree Ojha

The four stories, originally written by Nirmal Varma, come together in a mysterious melange of pain, longing and tentative redemption in Chaurahen. In her other film Aisha, director Rajshree Ojha gave us no clue of her affinity to such an intimate contact with the deepest recesses of the human heart. Aisha ended up being as shallow as its Jane Austen-derived protagonist. Dare we say the characters in Chaurahen are as thought-provoking as the writer-director's vision of a life in the metros? Under the bustling soundtrack (from Rabindra Sangeet to Carnatic), there's an all-pervasive stillness at the core of the stories that crisscross so effortlessly in Chaurahen. The characters are all living with ghosts, reluctant and afraid to let go of their past and live in the present. Each of the four stories is steeped in nostalgia, pain and a final redemption (the airport finale feels fake). Also Read - Trending Entertainment News Today: Salman Khan's body double Sagar Pandey passes away; Ranbir Kapoor becomes protective husband to preggers Alia Bhatt and more

With amazing clarity and an arresting economy of expression, Ojha brings forward these lives scattered across three cities trying to come to terms with their past and present, making an effort to focus on that beam of light which is visible only if the pain of existence is seen to be a variable circumstance in the wider scheme of the universe. Ojha's film concentrates on getting the characters to bare their soul without flashy acting or flamboyant moments of self-revelation. In my favourite segment, a young gay NRI (played evocatively by Tamil actor Karthik Kumar) visits his parents (Arundhati Nag and Nedumudi Venu) in Kerala after the death of the family's elder son. The sequence where he confesses to his sister (Suchitra Pillai) that he has "someone" in Vienna and that someone is a he, could easily have become an occasion for high-pitched drama. Throughout, Ojha deals with the heightened emotions at the lower octave, letting the characters assimilate their emotions in the sounds, flavours and sights of the cities that they so tellingly inhabit. In the dramatic moments Ojha's narrative is stubbornly muted, at times audaciously playful, daring her characters to take life too seriously. Also Read - Soha Ali Khan opens up on working with 'unfriendly' people on sets; reveals how she tolerated their attitude [Exclusive]

A rare and charming synthesis of drama and normality is achieved. There are no awkward moments even when the characters are caught at their most awkward times of self-revelation. When the distinguished Mr Bose (Victor Banerjee) flaps his fading libido in the company of a fey foreigner, played by Charlie Chaplin's granddaughter Keira Chaplin - a complete non-actor - the narrative opts to zoom in on the dignity and grace that Mrs Bose brings to her pain rather than on the mess that the unlikely triangle creates. Indeed, as a woman trapped in a sterile loveless marriage Roopa Ganguly emerges with the strongest performance of the film. The neglected wife is a favourite archetype of films set in Bengal. Roopa's portrait of desolation reminds us of Madhabi Mukherjee in Satyajit Ray's Charulata. Victor too is flawless in depicting the rather-regrettable Lolita-fixation of a bhadralok. Also Read - Ahead of Vikram Vedha release, Soha Ali Khan reveals why two male actors don't wish to star together in the same film [Exclusive]

The rest of the brilliant cast is also near-perfect in bringing their characters face-to-face with their conscience. Soha Ali Khan and Ankur Khanna, playing a couple that must separate because he insists on living with his dead parents, Karthik Kumar as a closet gay being forced to live his parents' dreams for his dead brother, and Zeenat Aman as a lonely single woman at a bar being courted by a soldier, seem to have been cast in roles that they were born to play.

Chaurahen is deep, layered, luminous literary yet light-hearted. The characters are burdened with the ghosts of their past, and yet they manage to search out a sense of desirability in their present. The film is located in three cities, but is actually shot straight in the heart. And if you are wondering how Tobias Datum's cinematography shoots on location in the heart, then you only need to look at the characters in Chaurahen who are captured in postures that go way beyond the body language. This is a film so rich in unstated relevances that you wonder why dialogues for cinema were ever invented. Or why cinema for that matter, was invented if not to take us into places of the heart that are barred in Bollywood.