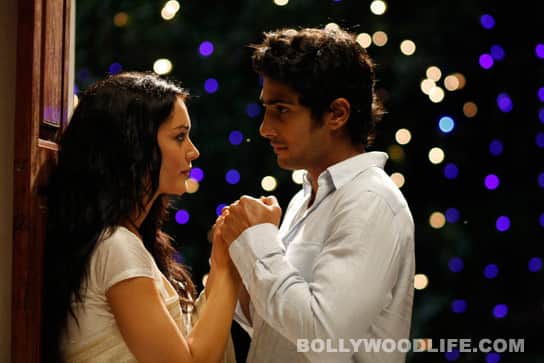 AR Rahman weaves his magic yet again in a soundtrack infused with a love that’s not only passionate, but also spiritual

AR Rahman gave us the best music soundtrack of the year 2011 with Rockstar and though it’s too early to say this, Ek Deewana Tha might be the most romantic album of 2012.... Also Read - Kylie Jenner-Travis Scott, Neha Dhupia-Angad Bedi and more Hollywood and Bollywood celebrities who embraced parenthood before tying the knot – view pics

While most songs on the album are remakes from the original Tamil movie Vinnaithandi Varuvaayaa, there are some songs like Kya mohabbat hai and Jessie’s been driving me crazy that are new compositions. Comparisons with the original are unavoidable, but Rahman has tried to give some fresh touches to each one of them. Also Read - Have Amy Jackson-George Panayiotou parted ways? Actress deletes his pictures from her social media

Kya mohabbat hai is an orchestra-based song - an ode to love, sung with amazing amount of passion by Rahman himself. This wasn’t part of the original soundtrack and it definitely is one of the highlights of Ek Deewana Tha. Also Read - Amy Jackson reveals Aishwarya Rai is her 'Forever Favourite' with a throwback pic which is pure gold

Dost hai hum to is a fun song with rap portions by singer-composer duo Sachin-Jigar. The rap definitely overshadows the rest of the song, which is in good in a way. It lifts the track, which could have otherwise ended up as a pretty conventional teenage number.

Floydian guitar riffs, intricate multi-layering of instruments and mixing of traditional tunes by Rahman are the highlights of Aromile. Alphonse, who sang the original, has voiced this one too. He is fabulous as he sings his alaaps on the word ‘Aromile’ with great depth and power. It’s one the best songs on this track list.

Switch to Broken promises and you have a completely contrasting version of Aromile. Shreya Ghoshal sings the classical alaaps beautifully without missing a single note, and touches your heart. Just close your eyes and let this soulful song takeover your senses. It will transport you to somewhere else, no matter where you are when you are listening to it - in a crowded train or on a noisy street. It’s a song to be mediated upon. It’s Shreya’s best rendition so far.

Jessie’s driving me crazy is a classic rock number. Sanjeev Thomas and Timmy do a great job of it, but the lyrics should have definitely been edgier. A track like this one demands it.

Hosanna was the biggest hit of the original soundtrack and the Hindi version stays quite true to it. This one may just be a little short of the energy that was so sparky in the Tamil one though. It’s a foot-tapping number, coloured by a soothing chorus, youthful vocals by Leon D’Souza and English lyrics by Blaaze.

Sun lo zara is a nowhere close to the other tracks on this album in terms of its instrumentation and composition, but it still is a fun song that could grow on you once you see it on screen.

Phoolon jaisi is a simple composition that voices a lover’s description of the girl he is in love with. It’s a hummable song, but the lyrics are quite drab and ordinary, stuff that we’ve heard over and over again.

Listening to the lyrics of all these songs makes you feel as if Javed Akhtar got confused in the process of translating the original songs into Hindi and in attempting to add his own fresh words. No offence, but maybe Rahman went wrong with his choice of lyricist in this case. A youthful album like this needed more creativity, with fresher and more appealing word play. Akhtar has written much better lyrics through his career, but this one doesn’t manage to leave an impact.

Sharminda hoon, which is also one of the best songs on this album, could have done with better lyrics. But Madhushree and Rahman make this a lovely duet. And Rahman mixes the choir chants of Allama Iqbal’s poetry well to make this song a haunting number.

Zohra-jabeen sung by Javed Ali is a slow love song. The use of instruments and vocals is quite sensual; just wish the words had the freshness too!

It’s amazing how Rahman, despite redoing most of the songs from the original Tamil soundtrack, can add such freshness, depth and variety to the Hindi versions. What magic wand does he have that most other music composers don’t? It’s how he infuses every romantic song he writes with spiritual love! And his Ek Deewana Tha is steeped in passion and romance too. Definitely worth listening to, over and over again!